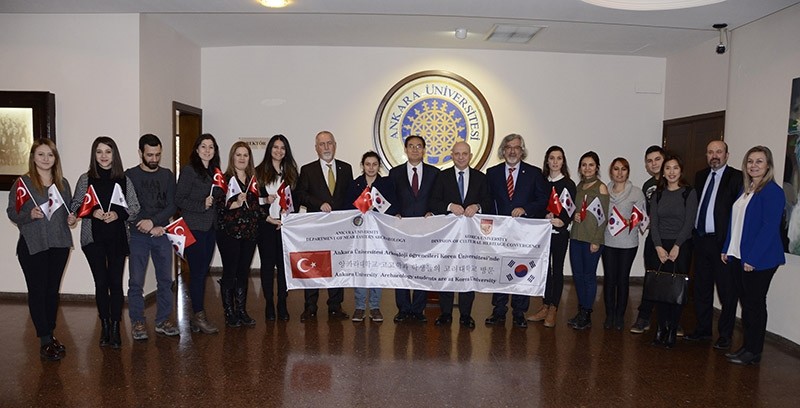 Turkish and South Korean archaeology students will carry out joint excavations as part of an academic project to study ancient civilizations.

According to a statement by Ankara University, 12 students from the university's Faculty of History and Geography, who are attending the archaeology program on protohistoria and Asia Minor studies went to South Korea as part of a protocol signed between Ankara and South Korea universities.

Reports said that the project will focus on ancient Assyrian colonies and Hittite settlements, and will aim to teach students modern archaeological techniques, restoration and conservation methods, and will enable them to learn about the cultural heritage of the two countries.

Dr. İbiş urged the students to make the most of their time in South Korea by learning about the culture and represent Turkey in the best manner possible through communication.

The protocol signed between the two universities will be valid until 2020.

Archaeologists in Turkey, which has historically been a home to many ancient civilizations, frequently find significant historical artifacts throughout the country, in efforts to shed light on early human civilizations.

Turkey and South Korea enjoy favorable economic bilateral relations and have historical ties as Turkish soldiers participated in the U.N. mission during the Korean War, and war veterans help to further develop ties between the two countries.