Turkey’s popularity among international students on the rise, report says 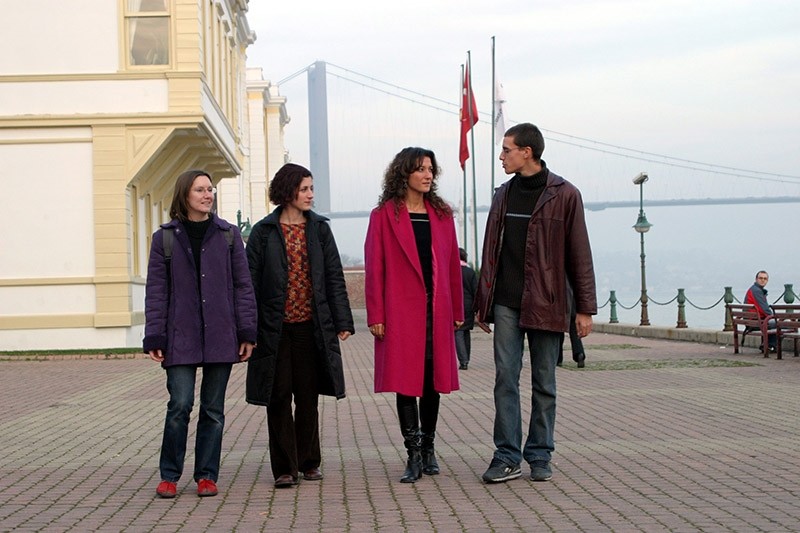 The "2016 Turkey Migration Report" published Wednesday shows that international students flock to Turkey for higher education. In 2016, visas were issued for 61,116 new students. In that same period an estimated 795,962 foreign students had already been granted visas and were residing in Turkey.

The report has been prepared by the Directorate General of Migration Management, belonging to the Ministry of Interior which is based on data obtained by the Ministry of National Education (MEB), the Ministry of Youth and Sports, the Council of Higher Education (YÖK) and the Administration for Turks Living Abroad and Related Communities.

In rank, Azerbaijan, Syria and Turkmenistan contribute the highest percentage of foreign students coming to Turkey for study. However, the international population of students is further diversified by students coming from Iran, Afghanistan, Iraq, Greece, and Kyrgyzstan.

The total number of foreign students enrolled at Turkish universities for the educational year of 2016/2017 reached 103,727 individuals, with Afghani students leading with 15,036, students, Syria with 14,765 students and Turkmenistan with 10,642 students.

The overall figure for foreigners receiving education at Turkish institutions is even higher in terms of non-traditional educational establishments. Institutions affiliated with the Ministry of National Education host an additional 232,714 foreign students and temporary educational centers have an additional 459,521 students. That brings the total of foreign students studying in Turkey at 795,962.

While some of these students are financing their own education, Turkey also offers financial and immaterial support in the form of scholarships, the most extensive scholarship program being Türkiye Scholarships, a government funded program. The scholarship includes housing. In 2016, the number of students awarded the scholarship reached 1,868 while the number of applications was 30 times higher than those awarded. Furthermore, the Administration for Turks Living Abroad and Related Communities awarded scholarships to 3,995 individuals from 142 countries for the same period.

Previously, in 2014, the International Students Department of the Turkish Prime Ministry announced that it wanted to transform the country into an international education hub by allocating generous funds and increase the number of foreign students to more than 200,000 by the year of 2023.