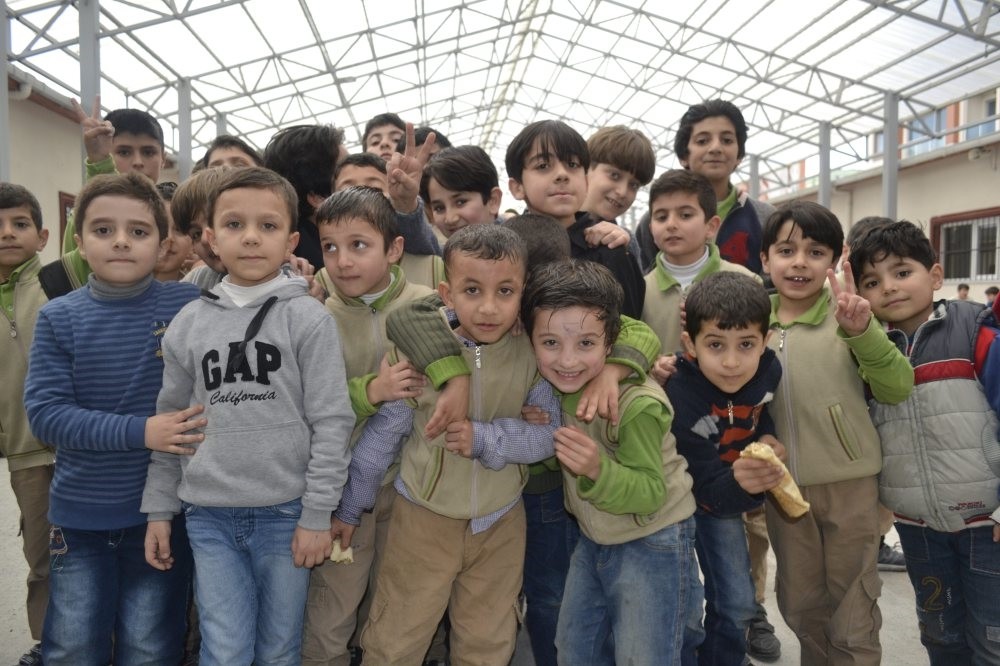 by Evrin Güvendik May 16, 2017 12:00 am
The government is preparing a comprehensive three-year initiative to ensure all Syrian children in the country are being educated at permanent schools. According to the figures released by the Migration General Directorate, there are around 833,000 Syrian children of school age, with 484,372 currently studying at permanent and temporary educational institutions.

Education Minister Nabi Avcı, in response to a parliamentary questionnaire, said the plan was to shut down all of the temporary facilities and to ensure that all Syrian children are studying at permanent institutions within the next three years.

According the figures released by Avcı, 181,595 Syrians are studying at schools with their Turkish counterparts, while 302,777 Syrians are receiving an education at 432 temporary facilities located in 22 provinces. The figures show that 58.1 percent of Syrian children are currently enrolled in school.

Until now, authorities have distributed 800,000 pamphlets in provinces that shelter the most Syrians, as well as 490,000 Turkish language kits prepared by the Yunus Emre Institute. Syrian children have received scholarships, accommodation and conditional cash grants to encourage their education, Avcı said, adding that 19,700 Syrian educators had or were undergoing the necessary training to allow them to work as teachers.

The aim is to register all Syrian children at permanent schools within the next three years, Avcı said. The current set up made it mandatory for first grade and preschool age students to attend school, while the rest attend Turkish language courses before being registered at schools.
RELATED TOPICS