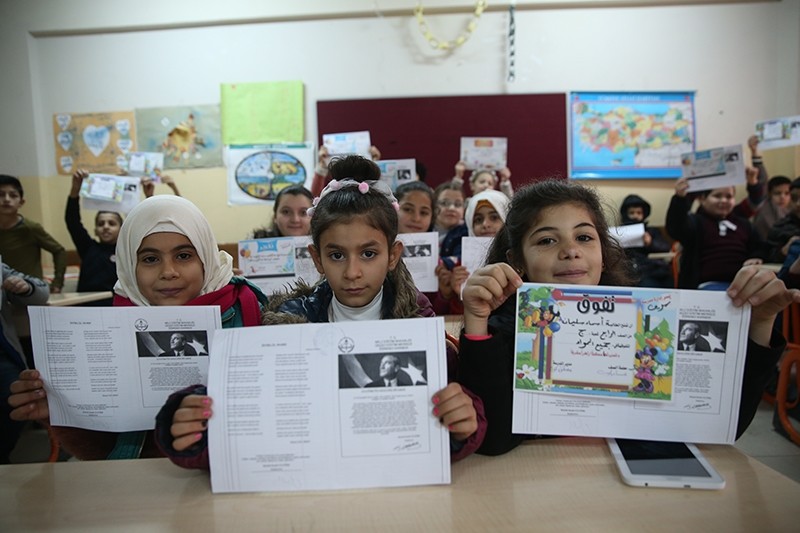 Syrian children who left their country and took refuge in Turkey received their midterm report cards on Friday.

Nesrin Muhammed, a Syrian teacher who works at Sırrın Temporary Education Center in Şanlıurfa said that she had come to the city after fleeing from Aleppo and had been living here for six years.

"Here, we are working hard to give these children a brighter future," she said.

"It was a successful term at the education center, which serves as a bridge between Syrian and Turkish schools," Ali Ciydem, principal of Karaman Temporary Education Center, told Anadolu Agency.

"Turkish students are teaching Turkish to these students, while the Syrian teachers are teaching their own languages," Ciydem said. "We are helping them adapt to Turkish schools by teaching them the Turkish language and grammar here," he added.

"There are 976,000 school-aged Syrian children living in Turkey, and 620,000 of them have been able to continue their education," Foreign Minister Mevlüt Çavuşoğlu announced last November.

The curriculum is scheduled with Arabic and Turkish teachers together because Turkey believed that Syrian refugees will go back to their homeland after the war is over.

Turkey currently hosts more than 3.2 million Syrian refugees, more than any other country in the world.