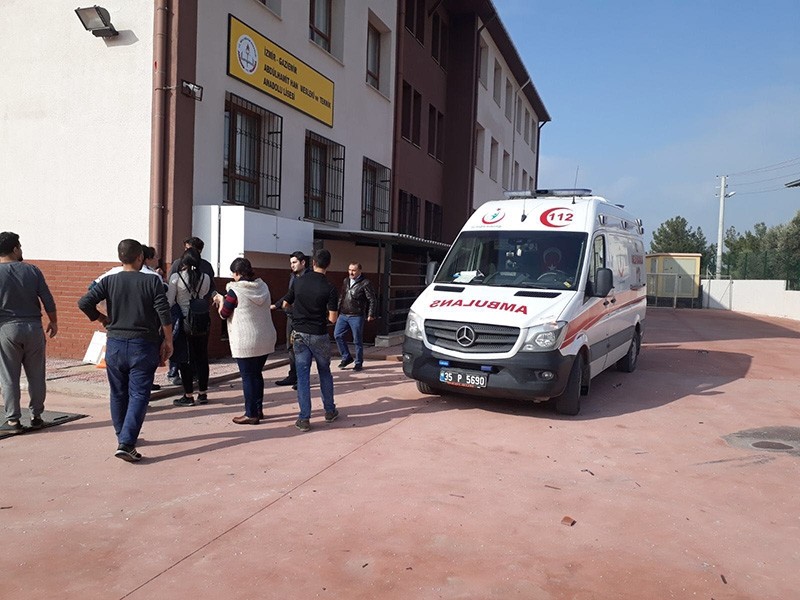 The boiler room of a high school in western Turkey's Izmir province exploded Tuesday during school hours, injuring five people others, with one in critical condition.

The explosion took place at the Abdülhamit Han Vocational and Technical High School in Sarnıç neighborhood of Gaziemir district.

Initial findings point to natural gas compression as the cause of the explosion.

Luckily, none of the students were harmed, but five people who were taking clothing classes offered by the local Public Education Center were injured.

Since the explosion took place during school hours, it caused panic among the locals and parents, who flocked to the school to look for their children.

The injured were transferred to nearby hospitals and the school was evacuated.