Kuwaiti philanthropists to build 30 schools in Turkey for Syrian refugees 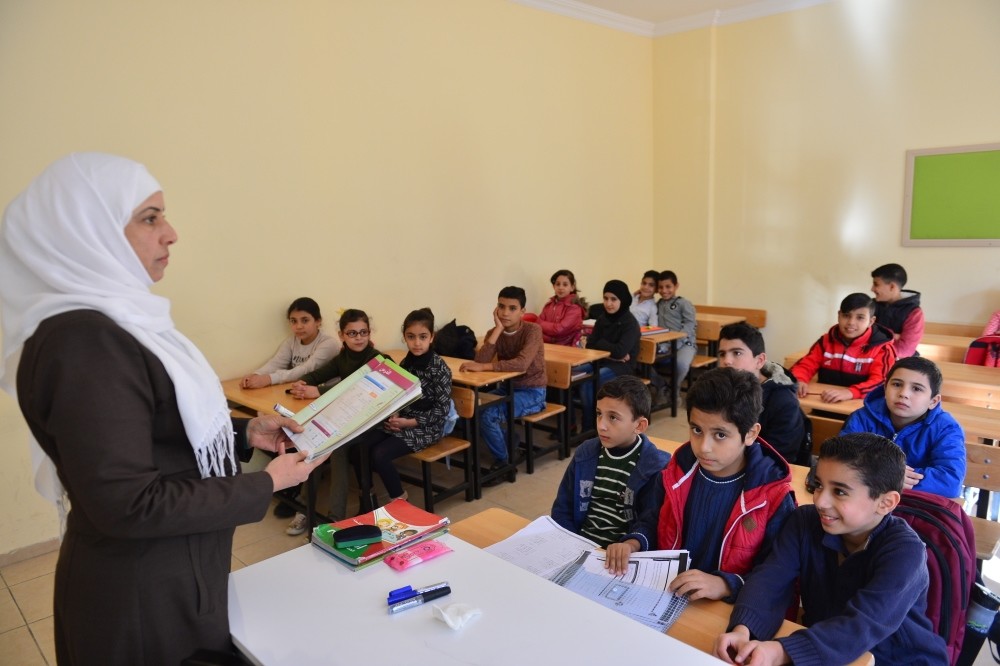 Children in a classroom at the newly opened Kuwaiti-Turkish Friendship School.
by Daily Sabah Nov 06, 2018 12:00 am

The first of 30 schools, which are being built by funds from Kuwaiti donors, opened in southeastern Turkey for Syrian refugee children. Some 30,000 Syrian children will attend the schools funded by Kuwaitis.

Kuwaiti-Turkish Friendship School that was opened yesterday is located in Haliliye, a district of the Şanlıurfa province that lies on the border with Syria. The schools will be part of a chain of schools cited in an education protocol between the local education authority and the Kuwait International Islamic Charitable Organization.

Doğan Yüksel, deputy of the provincial director of education for Şanlıurfa, said Kuwaiti donors led the education aid for Syrian children in the city where more than 70,000 Syrian children attend schools. "We have 150,000 Syrians of school age and 73,000 of them enrolled at schools here. Still, we had shortcomings in terms of the number of schools. So, our governor Abdullah Erin sought assistance from abroad and contacted donors from the Gulf countries. A Kuwaiti delegation visited Şanlıurfa and pledged support for the schools. The schools will be established in 13 districts and will be run by our education authority. About 30,000 Syrian students will be enrolled at the schools, so, we will raise the number of refugee children at school to more than 100,000," he said. Yüksel said it was the first time in Şanlıurfa that a foreign charity helped education efforts for Syrians and charities from other countries. Qatar has also pledged to help the project.

"I thank our Kuwaiti Muslim brothers for helping us. This is a beautiful school," Bunyamin Katani, a fourth-grader at the school said.