Joy and tears as school year ends for millions of students 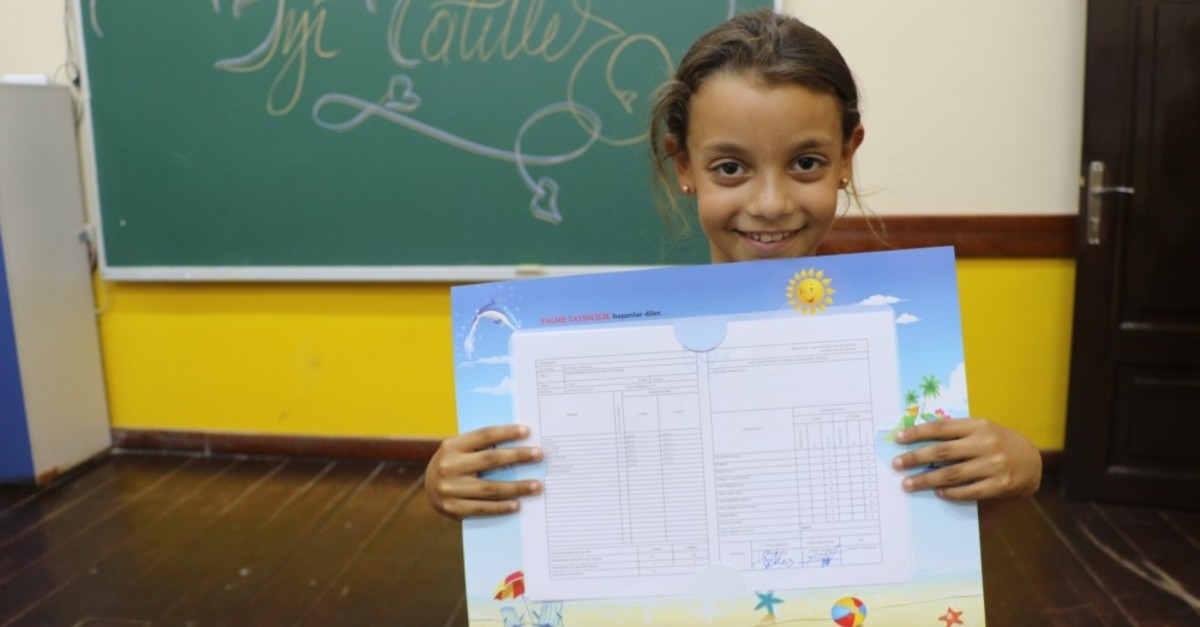 Some 18 million students welcomed summer as the 2018-19 school year ended on Friday for students. Traditional ceremonies were held in every school in Turkey where students were handed their report cards and waved goodbye to classmates and teachers in tears. Otherwise, it was a joyous occasion for millions who welcomed a respite from nine months of school. For three months, they will be on vacation, studying for the next school year, at summer schools or as some in rural areas do, will help their farmer families in the fields.

Friday was an ordinary day for senior high schoolers as they braced for another challenge: The start of three rounds of university admission exams over the weekend.

The next school year will bring a series of changes for students as the Ministry of National Education announced a reshuffle in school terms in May. The 13-week summer break for schools was shortened to 11 weeks and schools will open on Sept. 9. Authorities say it is for "efficiency," and they also introduced one-week breaks in April and November starting next school year. The ministry argues that a longer summer break causes students to struggle to catch up to classes and they tend to forget what they learned in the previous school year the longer the holiday is.

Minister of National Education Ziya Selçuk joined a ceremony at a primary school in the capital Ankara to mark the end of school year. He handed report cards and a list for parents for summer activities suitable for summer holiday. "Summer break is not something to spend without a purpose. It is neither a time the children should spend before TV, computers of cellphones. We have to keep children away from them with better alternatives. The farther the children are from ‘screens,' they will have a better chance to engage in activities that would help their development. They will have quality time with their parents, and the school break would turn into just another process of learning," he said.