CHP drops off the map in east and southeast provinces 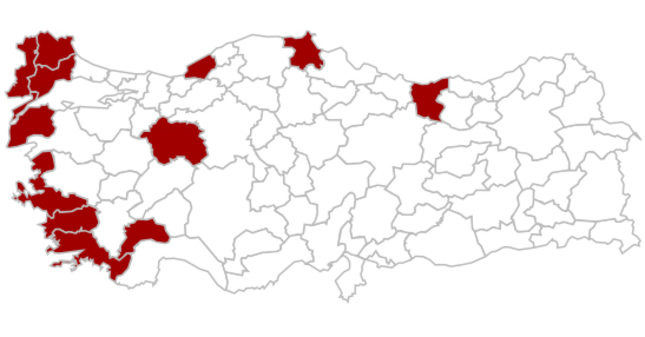 Never mind nearing first, in these eastern and southeastern provinces, CHP failed to even become the fourth favored party according to the unofficial results of Sunday's local elections.

While in the majority of provinces CHP failed to garner an even two percent average of the votes, the ruling Justice and Development Party (AK Party) competed mainly with candidates from the Peoples' Democratic Party (HDP) and the Peace and Democracy Party (BDP).

The results are being evaluated as an affirmation of the regions' willingness to embrace the resolution process.