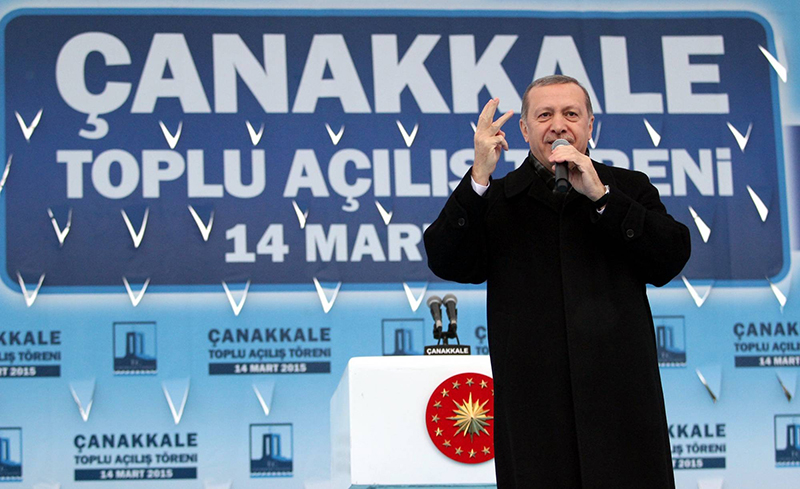 by Daily Sabah with Agencies Mar 14, 2015 12:00 am
Turkish President Recep Tayyip Erdoğan dismissed claims on Saturday that a new constitution expanding his powers would install a "dictatorship" and said that the people would be the first to oppose such an attempt.

"Turkey can no longer proceed with the constitution that was prepared during the coup period" said Erdoğan, claiming that the nation deserves a constitution that is more compatible with their history, culture, sensitivities, demands and vision while speaking at an opening ceremony in the western province of Çanakkale.

Constitutional amendments require the support of more than two-thirds of the 550-seat parliament, or at least 367 votes.

The AK Party, which currently has 312 seats, is aiming for a significant boost in numbers following June 7 parliamentary elections.