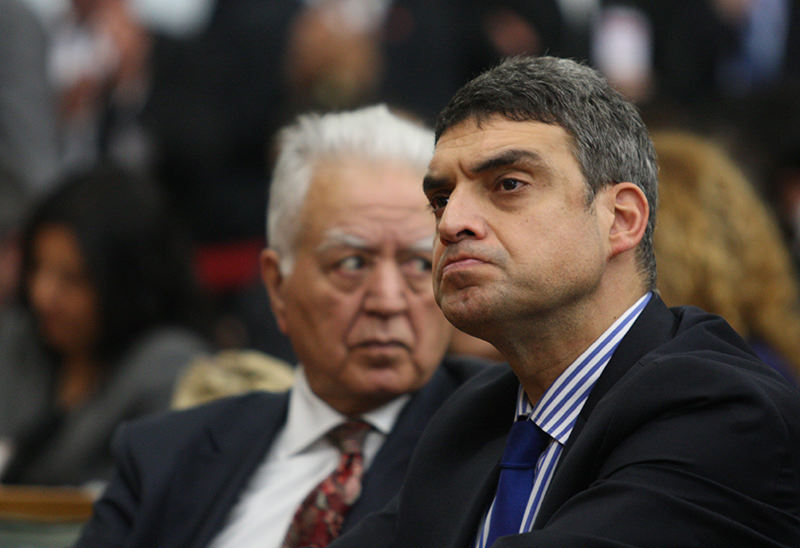 by daily sabah Apr 07, 2015 12:00 am
As the June general elections approach with less than two months to go, political parties submitted their candidate lists to the Supreme Election Board (YSK) on Tuesday. Among the many controversial figures, the Republican People's Party (CHP) has excluded the party's Istanbul deputy Umut Oran from the list of candidates. Oran commented on his exclusion from the list and said that he was very surprised. The CHP deputy's name had been mentioned along with controversial Twitter account, @fuatavni, which is known to be a fabricated account affiliated with and used by the Gülen Movement to allegedly break exclusive information. When the account came under the microscope after allegations of an assassination plot against President Recep Tayyip Erdoğan's daughter Sümeyye Erdoğan, it unveiled alleged texts between Oran and the ‎@fuatavni Twitter account.

Furthermore, Oran had displayed a similar stance on key figures affiliated with the Gülen Movement prior to the March 30 elections he posted on Twitter, claiming that Erdoğan would flee to Malaysia before elections.

Despite strong criticism from important figures in the CHP such as İzmir Deputy Birgül Ayman due to accusations of the party forming an alliance with the Gülen Movement for the March 30 local elections, the Gülen Movement-linked former head of the Istanbul Police Security Branch office, Ertan Erçıktı, who was arrested in the Tahşiye operation last December for alleged involvement in establishing an armed terrorist organization and fabrication of crimes on behalf of a terrorist organization, announced his deputy candidacy for nomination for the CHP in early March 2015. However, the party has also reportedly not accepted his application for candidacy.

In this regard, CHP Chairman Kemal Kılıçdaroğlu's dissociation between the CHP and the Gülen Movement has become more evident in the run up to the June elections. Hakan Şükür, who is a former Justice and Development Party (AK Party) deputy closely associated with the Gülen Movement, recently announced that he is running as an independent candidate, as Gülen Movement sympathizers have been unable to form an alliance with any political party. Gülen Movement-affiliated Deputy İdris Bal has announced his resignation from the Democratic Development Party (DGP), which he established in November 2014.