HDP, MHP to remain outside of a coalition gov't: Turkish Minister of Customs and Trade 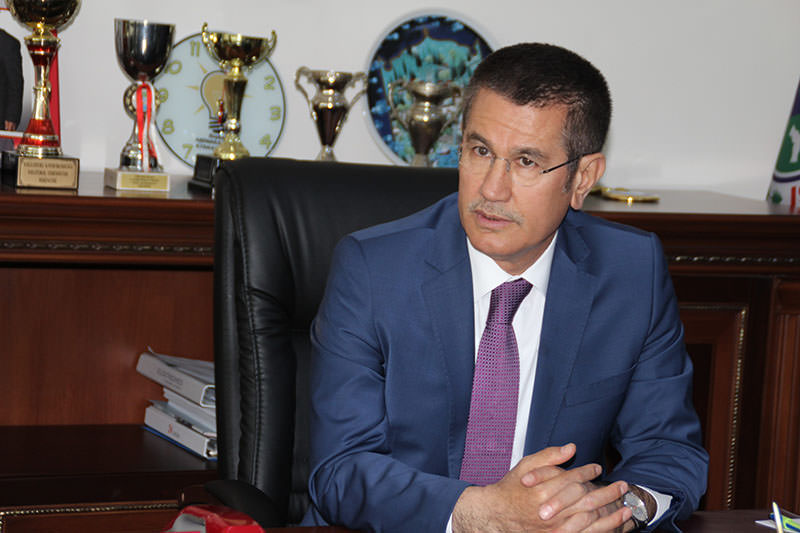 | AA Photo
by Daily Sabah Jul 17, 2015 12:00 am
The People's Democratic Party (HDP) and the Nationalist Movement Party (MHP) continue their strategies to remain outside a government alliance, as they have announced right after the June 7 elections, Turkey's Minister of Customs and Trade Nurettin Canikli said on Friday.

If an extraordinary situation does not arise, it seems that two of the opposition parties are currently out of the picture of a coalition, according to Canikli.

"In fact, the doors have not been totally shut with the MHP, but the probability of forming a coalition with the MHP has quite decreased," Canikli said. In such circumstances, the Republican People's Party (CHP) is the only option left, according to Canikli, who added: "[Coalition] Talks currently continue with CHP. First round meetings have been completed."

The Prime Minister Ahmet Davutoğlu wants to finalize the coalition process with success, according to Canikli. He said, "Now that MHP and HDP do not look warmly on a coalition, talks need to continue with CHP. And that will be done. After Eid al-Fitr, second-round tours will continue."

Deputy Prime Minister Yalçın Akdoğan had also previously said that the Justice and Development Party (AK Party) is currently at a more advanced stage with the CHP on a possible coalition partnership.

"After the first round of coalition talks, comparing with the other two parties' attitudes, CHP is more likely to be in a potential coalition partnership," Akdoğan had told broadcaster 24 on Thursday.

Prime Minister Ahmet Davutoğlu officially started coalition talks and paid a visit on Monday to the chairman of CHP, Kemal Kılıçdaroğlu to see whether he can team with the long-standing opposition.

Davutoğlu also met with the MHP on Tuesday, which has so far openly expressed that it wants to remain as the main opposition, and concluded the first round of the talks by paying a visit to HDP on Wednesday to talk over a possible partnership.

The 45-day countdown began after the President Erdoğan gave Davutoğlu the mandate to form a government, which requires the latter to negotiate with other parties. Davutoğlu, who has been largely enthusiastic over a coalition, has said that although he will not exclude any party from negotiations, he will hone in on the CHP and MHP during the talks.

He said if the talks failed to reach a conclusion in the first round, he will meet them again and push his luck for a partnership. If an eventual deal is not hammered out, then early elections would be inevitable, according to Davutoğlu.
Last Update: Jul 17, 2015 5:42 pm
RELATED TOPICS