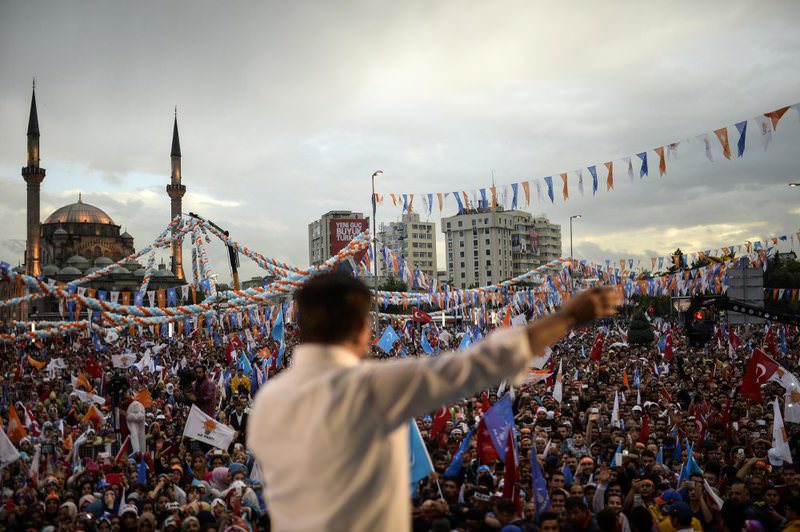 The AK Party is to announce its election manifesto, which will reportedly be based on democratization reforms and economic projects while both the CHP and MHP will focus on security as the PKK intensifies its terror activities

After announcing its list of deputy candidates early this week, the Justice and Development Party (AK Party) is scheduled to announce its election manifesto for the Nov. 1 snap elections on Oct. 4. Sources in the AK Party indicated that the new manifesto will be based on the four main pillars of reforms, democratization, economic commitments and mega projects.

In the reforms and democratization sections of the manifesto the AK Party will point to the reforms from the AK Party era that increased Turkey's democratic standards toward EU values and will underline that the AK Party still maintains its reformist mindset to transform the country. While the need for a civilian constitution to replace the current one, which was written after the 1980 military coup, will be emphasized, the manifesto will also include the introduction of a presidential system as part of administrative reforms that aim to obviate the chaos of authority and restore accountability. Continuation of EU reforms and the new justice reform in line with EU accession of Chapter 23 on judicial and fundamental rights and Chapter 24 on justice, security and freedoms is also expected to be in the election manifesto.

In addition economic and social commitments that aim to satisfy the needs of different social segments ranging from civil servants to pensioners will also be in the manifesto. Reportedly, the manifesto will include a project to be launched by İş-Kur – the state employment agency – with the motto: "An insured member in each family to expand the scope of social security." Among people who apply to İş-Kur, those who do not have any insured family member will be prioritized in the project. Along with undergraduate students, graduate students will be allowed to apply for double major and minor programs. Dormitories and student loans will be provided to those who apply and economically disadvantaged students will be provided scholarships. "Youth studios" and "art houses" will provide social opportunities for children. Trade associations, particularly the Union of Chambers and Commodity Exchanges of Turkey (TOBB), employers, local administrations and universities will come together and provide "vocational and technical education." A three-term system of one applied training term and two academic education terms will be provided at universities. However, the manifesto does not have any plan to offer salaries for every university graduate until they are employed, as several Turkish media outlets reported.

For economically disadvantaged families a new family social support program is also expected to be announced. This program aims to support economically disadvantaged families and include these people in the workforce as well as improve working conditions for women. In addition, municipalities will need to have kindergartens and there will be incentives to establish more kindergartens that are compatible with school and working hours. Seasonal working women and women working from home will be provided with social security. Incentives regarding women's employment will continue. The manifesto will also include mega projects such as the third bridge over the Bosporus, Istanbul's third sub-sea tunnel project, the third Istanbul airport and a new high-speed train line across Turkey.
RELATED TOPICS