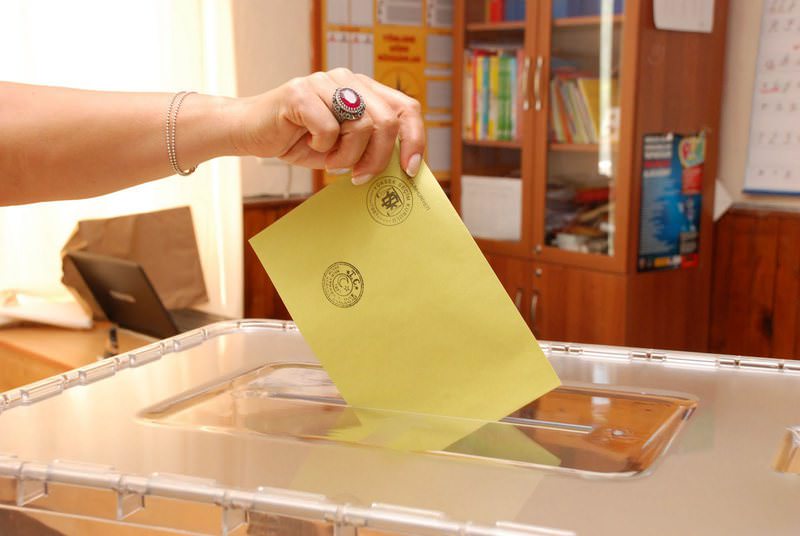 by Anadolu Agency Sep 29, 2015 12:00 am
Turkey's Supreme Election Board has officially announced candidate lists of all Turkish political parties who will run in the upcoming snap elections on November 1.

The final candidate lists were published in the official gazette late Monday.

The lists, approved by the board, consist of candidates from 16 political parties, who will run in the polls.

There are a total of 48 new names compared to the lists unveiled on September 23. The Justice and Development (AK) Party changed five of its candidates while the Republican People's Party (CHP) added 13 new names to the list. The other two parties, Nationalist Movement Party (MHP) and Peoples' Democratic Party (HDP), changed 12 and 18 of their candidates, respectively, in the final list.

The list also has 21 independent parliamentary candidates from across Turkey.

Snap elections in Turkey will be held on November 1, nearly five months after an inconclusive election on June 7 saw no single party win an overall majority.

Coalition talks between AK Party and the other three parliamentary parties had not produced any result.

A provisional government was established by Prime Minister Ahmet Davutoğlu on August 28 to steer Turkey to a rerun of June's polls.

The interim Cabinet includes representatives from Davutoglu's AK Party, one lawmaker from the MHP and two from the HDP, who recently stepped down.

Turkey is divided into 85 constituencies in 81 provinces for a total of 550 MPs.

The election board will print more than 75 million voting papers for the snap polls.