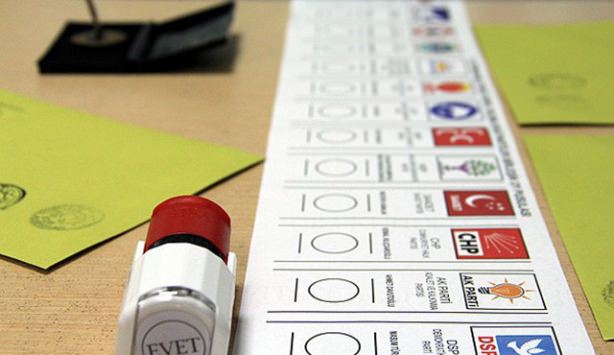 by daily sabah Sep 30, 2015 12:00 am
A recent public survey by the Ankara-based Objective Research Center (ORC) and MAK Consultancy found that the Justice and Development Party (AK Party) would regain a majority in Parliament following the Nov. 1 early elections.

Speaking to a local news agency, ORC President Murat Pösteki cited Prime Minister Ahmet Davutoğlu's recent statements in New York where he said support for the AK Party had increased to 43 percent. Pösteki said that the survey showed the AK Party will regain the conservative Kurdish votes that it lost in the June 7 elections.

He also said the 2 percent of Nationalist Movement Party (MHP) supporters who voted for the party are strongly expected to support the AK Party in the upcoming elections.

In the public survey published by MAK for the month of September, 43.72 percent of participants support the AK Party, which would lead to it holding the majority in Parliament after the elections. The survey, which was conducted through telephone interviews with 1,521 individuals and one-on-one interviews with 5,500 individuals, was done throughout 30 cities and three regional towns. The results show that, according to the support indicated by participants, the Republican People's Party (CHP) would have 141 deputies in Parliament, the pro-Kurdish Peoples Democratic Party (HDP) would have 66 and the MHP would have 64. Pösteki said anything could happen in the Nov. 1 elections and that there are two key parties, the AK Party and the CHP. He said the percentage of possible votes can increase within a day and that the messages conveyed by political parties as well as how voters perceive those messages are highly critical.
RELATED TOPICS