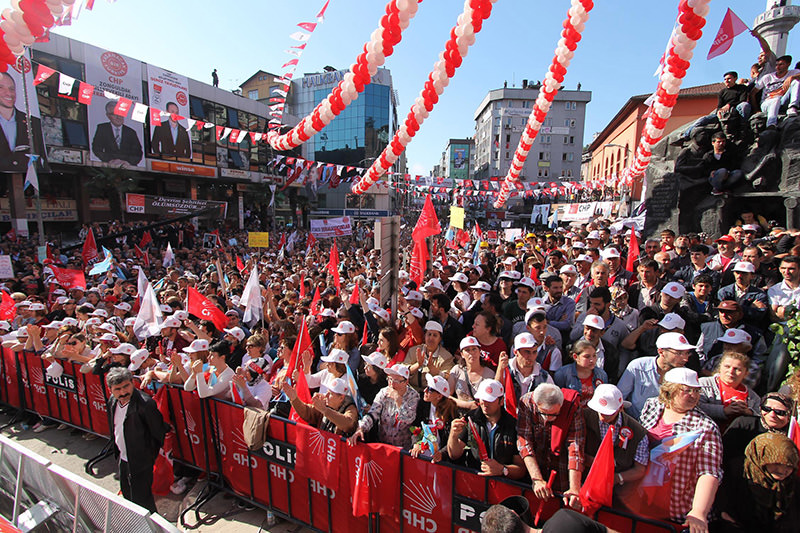 by Daily Sabah Oct 14, 2015 12:00 am
The Republican People's Party (CHP) chairman adviser and Istanbul deputy Erdoğan Toprak said on Tuesday that the party decided to cancel all election rallies prior to the Nov. 1 snap elections.

According to Toprak's remarks published by daily Hürriyet, the CHP will not hold large election rallies due to recent attacks and security concerns. Following the twin suicide bombing in Ankara that claimed 97 lives and injured hundreds more on Oct. 10, the party previously decided to cancel all meetings and events until Thursday.

"We have changed our concept. We will not hold large elections rallies, instead, we will make public visits and listen to people's problems," Toprak said about the election campaign, which will involve visits to local shops and coffeehouses.

"The first reason for such a decision is that we are experiencing bitter days. What would you tell people at a rally during such days? The second reason is security. Turkey is experiencing a huge problem maintaining security," Toprak said.

Earlier in a televised interview late on Monday, CHP Chairman Kemal Kılıçdaroğlu said the party has a tendency to visit provinces and districts and have face-to-face meetings with voters.

Prime Minister Ahmet Davutoğlu recently called on political parties to avoid or minimize the use of party flags as well as announcements made on the streets in order to prevent environmental and noise pollution, which received positive responses.
Last Update: Oct 14, 2015 3:33 pm
RELATED TOPICS