Single party government on the horizon for Turkey 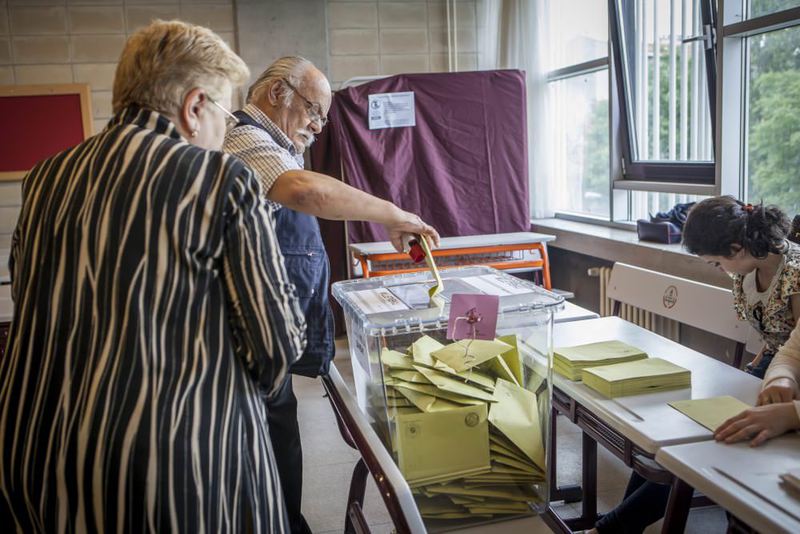 by daily sabah
Oct 16, 2015 12:00 am
According to Mehmet Murat Pösteki, the head of the Objective Research Center (ORC), as reported on Thursday on a news website, the Justice and Development Party (AK Party) is expected to gain 275 seats in the upcoming Nov. 1 elections, which means only one seat is needed for a single-party government. He said that in the previous June 7 elections, many AK Party voters did not go to the polls, which caused the party to fail to receive seats in several provinces with slightly less votes, and said: "The unyielding stance of the state in the counterterror fight paves the way for the AK Party to regain votes that shifted to the Nationalist Movement Party [MHP] on June 7."

Asserting that MHP Chairman Devlet Bahçeli's uncompromising attitude to all options in the post-June 7 coalition negotiations has led the party to continuously lose a significant amount of votes, Pösteki said he expects the MHP to receive 63 seats in Parliament, dropping behind the pro-Kurdish Peoples' Democratic Party (HDP).

"The HDP's electoral threshold problem is completely out. It was relatively successful in getting political interest in the aftermath of the recent Ankara bombings. However, in the event of any PKK link, things will be exactly the opposite," he said, adding that he predicts the HDP will receive 75 seats in the Nov. 1 elections.

Pösteki pointed to custodial votes returning from the HDP to the Republican People's Party (CHP) increasing to previous levels, saying: "The momentum that the CHP has seen after June 7 was due to regaining custodial votes from the HDP. Specifically, it is causing HDP votes to fall. At this point, a shift in votes from the CHP to the HDP of 1 percent or 1.5 percent is presupposed." He predicted the CHP to receive 137 seats in Parliament in the upcoming elections.