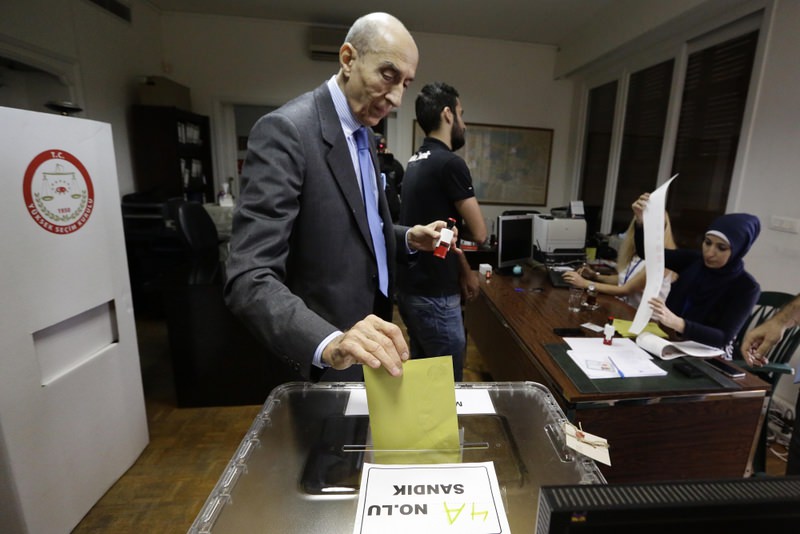 With the Nov 1 elections less than a week away, AK Party Deputy Şahin said that Turkey might be brought to another election unless a single-party government is formed, asserting that any tangible solution for the country's problems cannot be found with a coalition

Şahin further underlined that a coalition government that gathers uncompromised political parties together will not solve any problems and will not provide better economic conditions. "Therefore the Nov. 1 elections will result in a single party government," he added.

In the June 7 election, the AK Party lost its majority and was unable to form a single party government thus party chairman Ahmet Davutoğlu was mandated by President Recep Tayyip Erdoğan to form a coalition government. Davutoğlu's AK Party had been seeking a coalition partner after no party was able to win simple majority in the June 7 general elections, but the other parties in Parliament failed to reach a consensus to form a coalition with or without the AK Party.

Just after the June 7 election, the Nationalist Movement Party (MHP) Chairman Devlet Bahçeli openly expressed that they want to remain in opposition and maintained their stance throughout coalition talks. The main opposition Republican Peoples' Party (CHP) on the other hand, did not agree to form a coalition with the AK Party even though they spent days in long negations. After the failure of the coalition talks, CHP officials announced profound differences on party politics, mainly in foreign policy and education, which were the main reasons for the failure to create a coalition.

"Since the June elections, the AK Party sought ways to form a government but could not succeed due to opposition parties' stances," AK Party Chairman Davutoğlu said after coalition talks failed.

In the June 7 election, the AK Party had a clear victory but failed to secure the 276 seats required to form a government. This Sunday, Turkey will head to the polls to choose its lawmakers for the country's 26th Parliament.
RELATED TOPICS