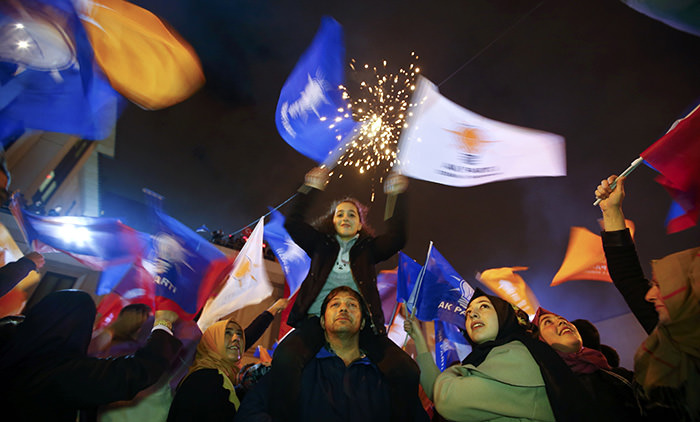 |Reuters Photo
by Daily Sabah Nov 01, 2015 12:00 am
As the opening of ballot boxes are coming to an end on Sunday night, results for the Nov. 1 general parliamentary elections show a decrease in votes for the Peoples' Democratic Party (HDP) in Turkey's eastern and southeastern provinces.

While HDP came out as the first party in the predominantly Kurdish Diyarbakır province, it lost nearly 5 percent of votes as the Justice and Development (AK) Party increased its votes by 7 percent, at the time 99.31 percent of the boxes were opened.

In the Mardin, Tunceli, Muş, Batman, Siirt, Şırnak, Hakkari, Van, Ağrı, Iğdır and Bitlis provinces HDP has come out as the leading party, whereas in the Kars and Ardahan province the AK Party took away first place from the HDP.

AK Party has increased its votes by nearly 10 percent in the eastern and southeastern provinces compared to the June 7 elections.