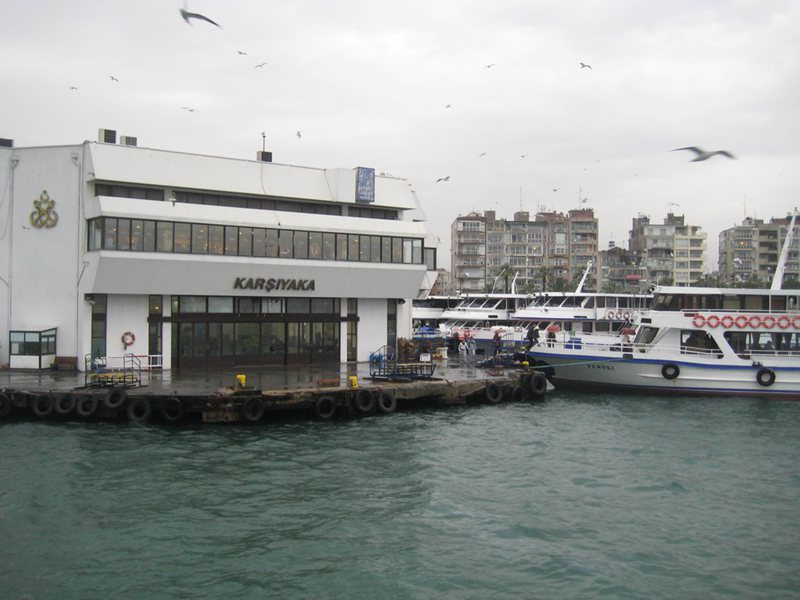 Photo shows the pier of Karu015fu0131yaka in Izmir, the city known as the ,Pearl of the Aegean, in Turkey. (File Photo)
by daily sabah
Nov 02, 2015 12:00 am
The Nationalist Movement Party (MHP), whose votes dropped from 16.29 percent in the June 7 elections to 11.95 percent in the November 1 polls, received a heavy blow in Turkey's western provinces in the Aegean region.

In the eastern parts of the Aegean region, where the MHP traditionally wins, it lost votes to the Justice and Development Party (AK) Party, above the Turkey average. In the province of Kütahya, the MHP's votes dropped from 26.59 percent in the June 7 elections to 15.68 percent in the November 1 elections.

In the province of Afyonkarahisar, MHP votes dropped from 25.08 percent to 16.84 percent and in the Uşak province from 27.44 percent to 18 percent. The AK party had 13, 11 and 8.5 percent increases in these provinces, respectively.

Other than less than one percent decreases in Denizli and Afyonkarahisar, the CHP managed to keep or increase its votes throughout the region. In Turkey's third most populous province, Izmir, the party increased its votes from 44.77 percent to 46.26 percent. In coastal Aydın and Muğla provinces, the CHP was again the leading party with 40.41 and 47.85 percent of the votes.
Throughout the region, the Peoples' Democratic Party's votes (HDP) decreased by one-thirds or one fourths compared to the June 7 elections.