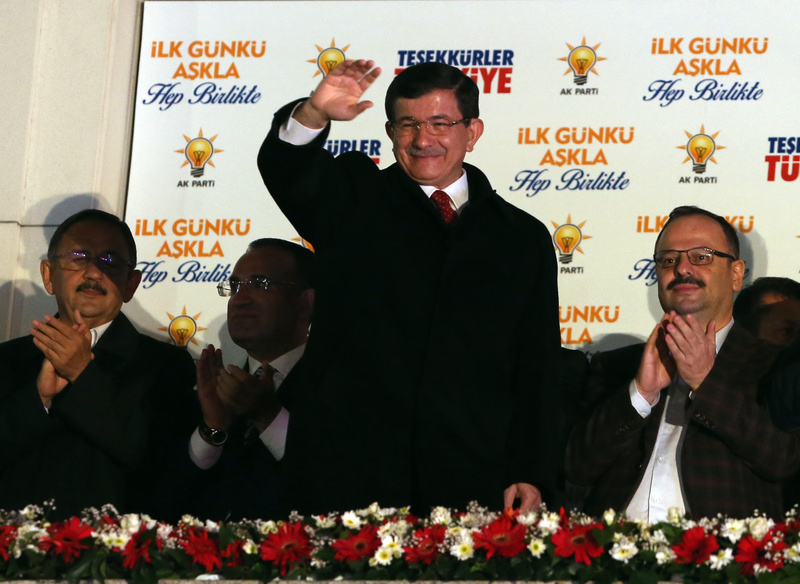 "I'm calling on all parties entering parliament to form a new civilian national constitution," he said in a balcony speech to thousands of AK Party supporters at the party headquarters in Ankara, as fireworks lit the sky.

"Let's work together towards a Turkey where conflict, tension and polarisation are non-existent and everyone salutes each other in peace," he said, once again highlighting the importance of peace and solidarity.

With AK Party's significant lead in the polls with 49.35% and 316 parliamentary seats, Davutoğlu underlined that today there were "no losers but winners", and this victory belongs to the people of Turkey.

The PM further added: "I am addressing you today not as the head of AK Party, but the prime minister of 78 million Turkish citizens."

Davutoğlu also assured the people of Turkey that their democratic rights were under the protection of AK Party, while giving his word that this message received from Turkish citizens today, would be reflected in the AK Party government's works and efforts for the next four years.

Branding the polls a "victory for [our] democracy and our people", Davutoğlu said "We are coming to rebuild a new Turkey along with each and every citizen."