Nearly 60 pct of Turkish public in favor of constitutional change 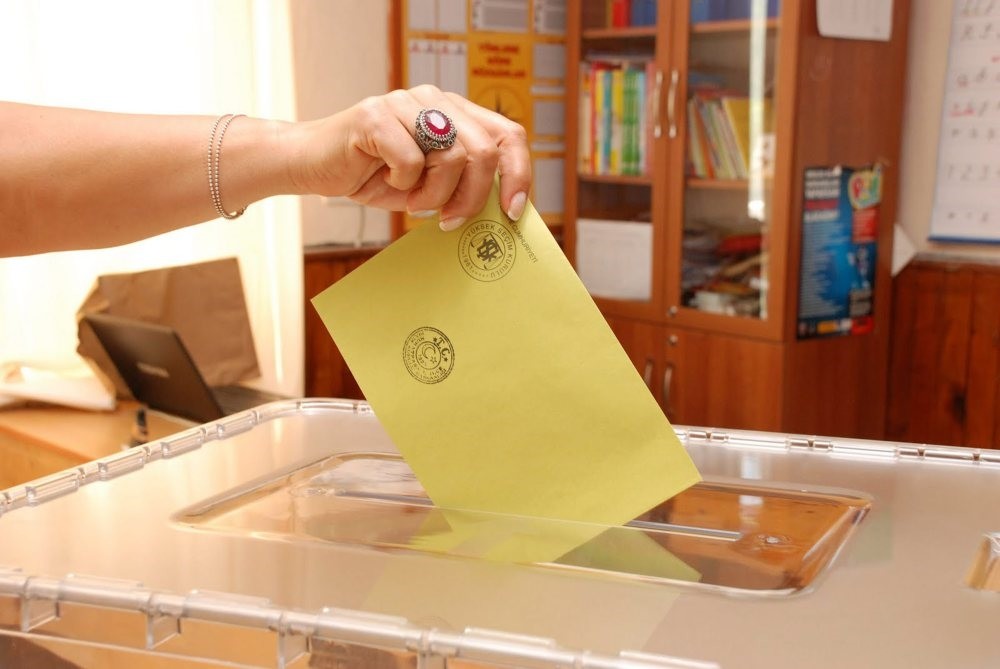 Nearly 60 percent will be voting yes in the upcoming referendum on the proposed constitutional amendments, which will bring about a new presidential system, and currently awaiting President Erdoğan's approval, a recent survey has revealed

The latest survey of public sentiment on the referendum to introduce a presidential system claims its approval is virtually guaranteed, thanks to the continued majority-support for the ruling AK Party

According to a recent survey, conducted by MAK Consulting Company, nearly 60 percent of the public will be supporting the proposed constitutional changes in the upcoming referendum, which is expected to be held in early April. The recent survey claims that 59.8 percent of Turkish public opinion will be in favor of the amendment package, foreseeing a presidential system that has already been approved in Parliament.

When the survey participants were asked which party they would vote for in a possible general election, more than 50 percent of the participants indicated that they would vote for the Justice and Development Party (AK Party). Whereas the ruling AK Party gained 52 percent of the participants' support, the main opposition Republican People's Party (CHP) received 25 percent support and the opposition Nationalist Movement Party (MHP) received 12 percent support in a possible general election.

The survey further revealed that the pro-PKK Peoples' Democratic Party (HDP) would not pass the electoral threshold that is necessary to gain seats in Parliament. The MAK Company conducted face-to-face interview surveys with 5,400 participants throughout 30 provinces between Jan. 26 and Feb. 1, asking the participants about their preferences in the possible election.

The constitutional reform package, including the much-debated switch to the presidential system, was sent to President Recep Tayyip Erdoğan for approval late Thursday.

President Erdoğan has 15 days to approve or reject the bill. If approved, it will be published in the country's Official Gazette, setting the date for a vote.

Parliament approved the constitutional amendments on Jan. 21, as deputies completed two rounds of voting on 18 articles. A total of 339 deputies voted in favor of the package, which will be put to vote in a national referendum likely to be held in early April.

The initial round of ballots on the reforms was completed after each was passed with more than 340 votes. A second round of voting on the 18 articles began after almost three weeks of debates in Parliament and turbulent voting sessions in the first round.

The constitutional reform and the change to a presidential system has been on the political agenda since Erdoğan, a former prime minister and AK Party leader, was elected president in August 2014. This marked the first time a Turkish president had been directly chosen by a popular vote.

On Dec. 30, a constitutional committee of deputies from the ruling AK Party and the opposition MHP submitted a proposed bill to Parliament for ratification.

Aside from the change to an executive presidency, other reforms include allowing the president to maintain affiliation with his political party. There will be changes to Turkey's highest judicial body, the Supreme Board of Judges and Prosecutors, which will be renamed while retaining its independence and own budget. The reform also sets 2019 as the date for Turkey's next presidential and parliamentary elections. Meanwhile, the age of eligibility for becoming a Member of Parliament has been decreased from 25 to 18, while the number of deputies has been increased from 550 to 600.
RELATED TOPICS