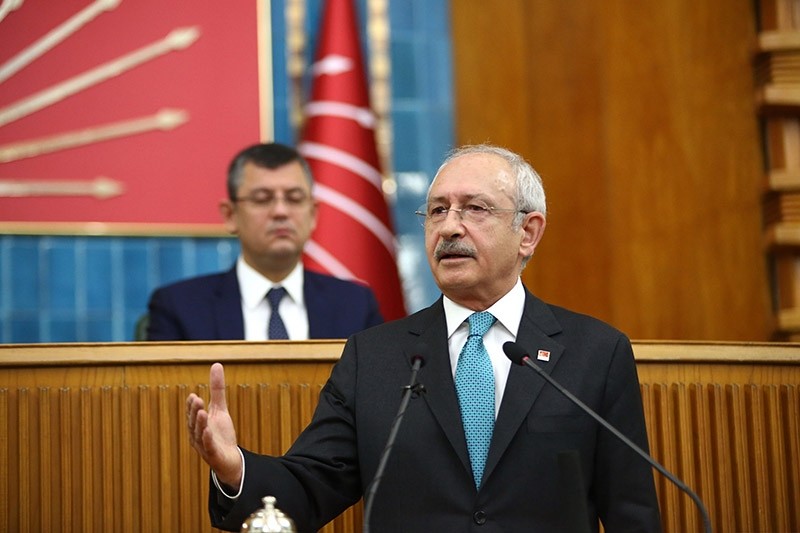 CHP's long-awaited decision on the issue announced by Kılıçdaroğlu at the party's parliamentary group meeting in Ankara.

"A sovereignty that cannot be protected by the people's will is not possible to be protected by any other power. We will entrust the 60 days to the nation's judgement until the decision will be made in polls on until April 16. If the issue is the nation's sovereignty, the real Supreme Court in that case is the people's, nation's court. That is why we not appeal to the Constitutional Court. We as CHP trust this nation's foresight," Kılıçdaroğlu said.

Responding to Kılıçdaroğlu's remarks, Prime Minister Yıldırım said, "The CHP probably realized that they will not get any result from the Constitutional Court."

CHP is the leading political party in the "No" campaign, and strongly objects to the proposed amendments to the constitution, favoring a strengthened executive role for the parliament instead. Until April 16, the center-left CHP has a difficult task of keeping "No" votes together, which come from different political backgrounds including social democrats, nationalists, Kemalists, left-wing neo-nationalists, Islamists, socialists and center-right and conservative voters that oppose the proposed presidential system.

The opposition Peoples' Democratic Party (HDP), which is a broad coalition of pro-Kurdish, socialist and green political groups, also declared that it opposes to the proposed changes to the constitution. However, the party suffered greatly from public backlash after it failed to sever its ties with the PKK terror organization, which renewed its armed campaign against the Turkish state in July 2015, killing more than 800 security officials and 200 civilians in attacks and suicide bombings, in addition to extensive damage to cities, towns and infrastructure in Turkey's southeast. Some 10,000 PKK militants were also killed or captured in operations during this period. Ensuing investigations against the party over its deputies' and municipalities' links with the PKK also damaged the party organization and its reputation, reducing its ability to conduct a thoroughly nationwide campaign.

The support of the voter base of the Nationalist Movement Party (MHP), which jointly proposed the bill by the ruling Justice and Development Party (AK Party), and MHP's field organization to the proposed system remains ambiguous amid a significant intra-party opposition to the Chairman Devlet Bahçeli and his support to the proposed changes. MHP voters' stance will be one of the key determinants of the outcome on April 16, however, it is also highly ambiguous whether a "No" campaign led by CHP will appeal to MHP's voter base and take them to the polls for the referendum.

An 18-article bill was passed by parliament in January, with 339 votes in favor - nine more than needed to put the proposals to a referendum.

The proposals would hand wide-ranging executive powers to the president, such as the power to appoint ministers, and greater control over the judiciary. It also abolishes the post of prime minister, and the president can retain ties to a political party.

The reforms would remove parliament's power to question ministers or stage a no-confidence vote in the government. The minimum age for parliamentary candidates would be reduced to 18 and the number of deputies would rise to 600.

If approved, the referendum brings simultaneous parliamentary and presidential elections for a five-year term to be held in November 2019.