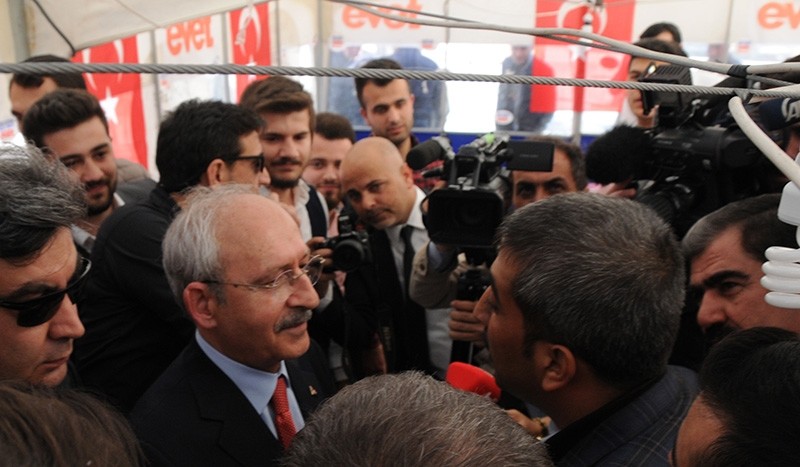 According to reports, Kılıçdaroğlu visited the campaign tent located near Gaziantep University and chatted with the students.

Both the main opposition chairman and yes campaigners tried to persuade one another to vote for their side, reports said.

"Those who say yes or no are both our citizens" Kılıçdaroğlu said, while the yes campaigners told him that they will say 'yes' on behalf of Kılıçdaroğlu and will hopefully win 65 percent of the referendum vote.

Following his visit to the 'yes' campaign tent, Kılıçdaroğlu went to a nearby café and played backgammon with a university student. 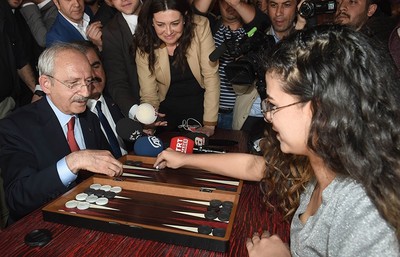 In Turkey, 55.3 million eligible voters are expected to cast their ballots on April 16 to vote on a constitutional amendment referendum that may see Turkey shift to a presidential system.

The constitutional changes have been discussed ever since Erdoğan was elected president in August 2014. The 18-article bill was passed by Parliament in January, with 339 votes in favor of the bill, nine more than needed to take the proposal to a referendum.

The reforms would abolish the post of the prime minister and the president would also be allowed to keep his ties to a political party.

Other changes would see the minimum age for parliamentary candidates reduced to 18 while increasing the number of deputies to 600.

Under the proposed new constitution, simultaneous parliamentary and presidential elections would be held in November 2019 and the president-elect would serve for a five-year term.