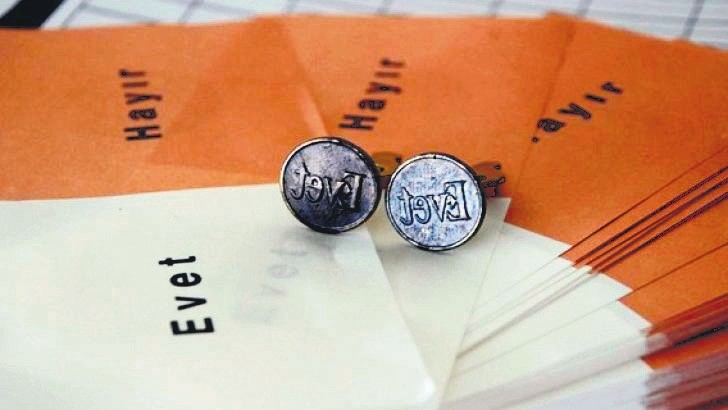 by Daily Sabah Apr 07, 2017 12:00 am
Justice Minister Bekir Bozdağ said the new proposal on the constitutional amendment package that will be put to referendum on April 16 will meet Turkey's long need for a new and civil constitution. Bozdağ also debunked the opposition's claims of a "one-man rule," regarding the new system. Speaking in an exclusive interview with Yusuf Özkır from Kriter Magazine, Bozdağ explained the details of the new amendment package, which contains 18 articles including the transition from from a parliamentary governing system to a presidential one.

"Since Turkey made the transition to a multi-party system in 1946, Turkish democracy has suffered from many military coups and a [recent] coup attempt. Also, because the system does not comply with the Turkish people's historical, social and cultural structure, it causes constant changes in governments and a lack of stability," Bozdağ said.

"After the AK Party became the ruling party governing the country in 2002, the negotiation process for the new constitution began. The Constitution Conciliation Commission was formed in order to create a civil and democratic constitution."

Bozdağ said that the failed July 15 coup attempt, along with internal and external menaces, compelled political parties and social factions of different viewpoints to come together and reconcile for the transition toward a new governmental model.

On July 15, a small military junta linked to the Gülenist Terror Group (FETÖ), led by U.S.-based fugitive Fetullah Gülen, attempted to topple the democratically elected president and government in Turkey and impose martial law. The coup attempt was thwarted by military troops loyal to the government, along with police units and millions of Turkish citizens in favor of democracy. In total of 248 people, consisting of mostly civilians, were killed by pro-coup soldiers, while over 2,000 others were injured.

The Justice minister emphasized that under the new system, executive powers will be elected directly by the people via public elections, adding that these new models provide a mechanism that allows lawmakers to make quicker decisions, execute authority and launch reforms more effectively."The president will quickly form a government without having to obtain a vote of confidence from Parliament and the execution of his orders will immediately start [after the election]," Bozdağ said.

"Due to the fact that there the possibility for a coalition government will be eradicated, there will be fewer political crises and fights as well."

One of the most common criticisms of the new constitution is that "Parliament loses its function in the new system," voiced primarily by the main opposition Republican People's Party (CHP). Bozdağ addressed the issue, claiming that the executive, legislative and judicial powers will be more effectively separated in the proposed package and, unlike the opposition's arguments, the president will not have the right to legislative proposals except in budget and final account offers. He added that even though the president will have the authorization to issue a decree, he will not have the power to issue ordinance regarding fundamental rights and freedoms.

In the existing system, the judicial authorities, including the Constitutional Court, cannot be resorted to against decisions and orders personally prescribed by the president. The president can only be sued for treason and can be found guilty with a three-fourths' majority parliamentary vote.However, the new system envisages giving rights to the General Assembly, which will discuss the proposal within one month at the latest, and may decide to open an inquiry in to any crime with a secret ballot by a three-fifths majority against the president.
RELATED TOPICS