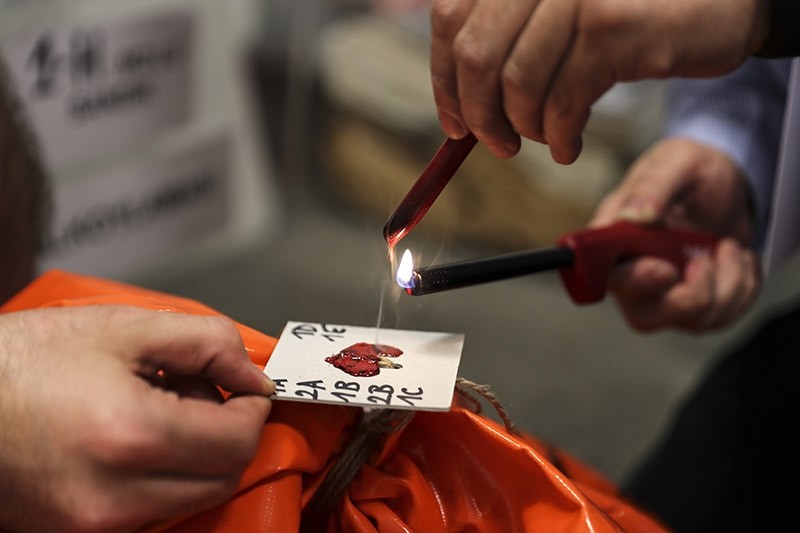 Interior Minister Soylu said Monday that all precautions have been taken to ensure safety and security during the upcoming constitutional reform referendum, which will take place in less than a week on Apr. 16.

Speaking to reporters following a referendum security meeting in the capital, Soylu said that all measures to ensure safety of the ballot boxes have been discussed.

"All precautions to ensure prevention of a sabotage or any technical malfunction during the vote count have been taken" Soylu said, adding that 380,223 security personnel, including 251,788 police and 128,445 gendarmerie, will be on duty to ensure security.

The minister added that over 60,000 additional volunteers will take part in the referendum safety measures.

Meanwhile, the minister added that, to minimize the technical difficulties, Energy and Natural Resources Ministry will also be setting up crisis management centers that will deal with electricity related problems and another team will also be on duty to work against cyber-attacks.

A delegation from the Organization for Security and Co-operation in Europe (OSCE) office for Democratic Institutions and Human Rights (ODIHR) arrived in Ankara on March 17 at the invitation of Turkish officials, and started their referendum observation mission to observe the April 16 constitutional referendum.

The OSCE/ODIHR referendum observation mission will partner with a delegation from the Parliamentary Assembly of the Council of Europe and will observe the voting process across Turkey. On the day after the referendum the delegation will release a preliminary statement of findings and conclusions.

Most recently general elections in 2015 were observed by the OSCE and Council of Europe, with the organization saying, "Turkey's well-managed, democratic elections demonstrated pluralism." Following the Nov. 1 elections the OSCE/ODIHR Limited Election Observation Mission's (LEOM) preliminary findings noted that the freedom to campaign in any language, which was guaranteed by law in 2014 by the Justice and Development Party (AK Party) government, was as a positive step. In addition to international organizations, citizen organizations also monitor elections in Turkey. The most common type of domestic election monitoring comes by way of poll-watchers who are party members that are looking out for the interests of their party.