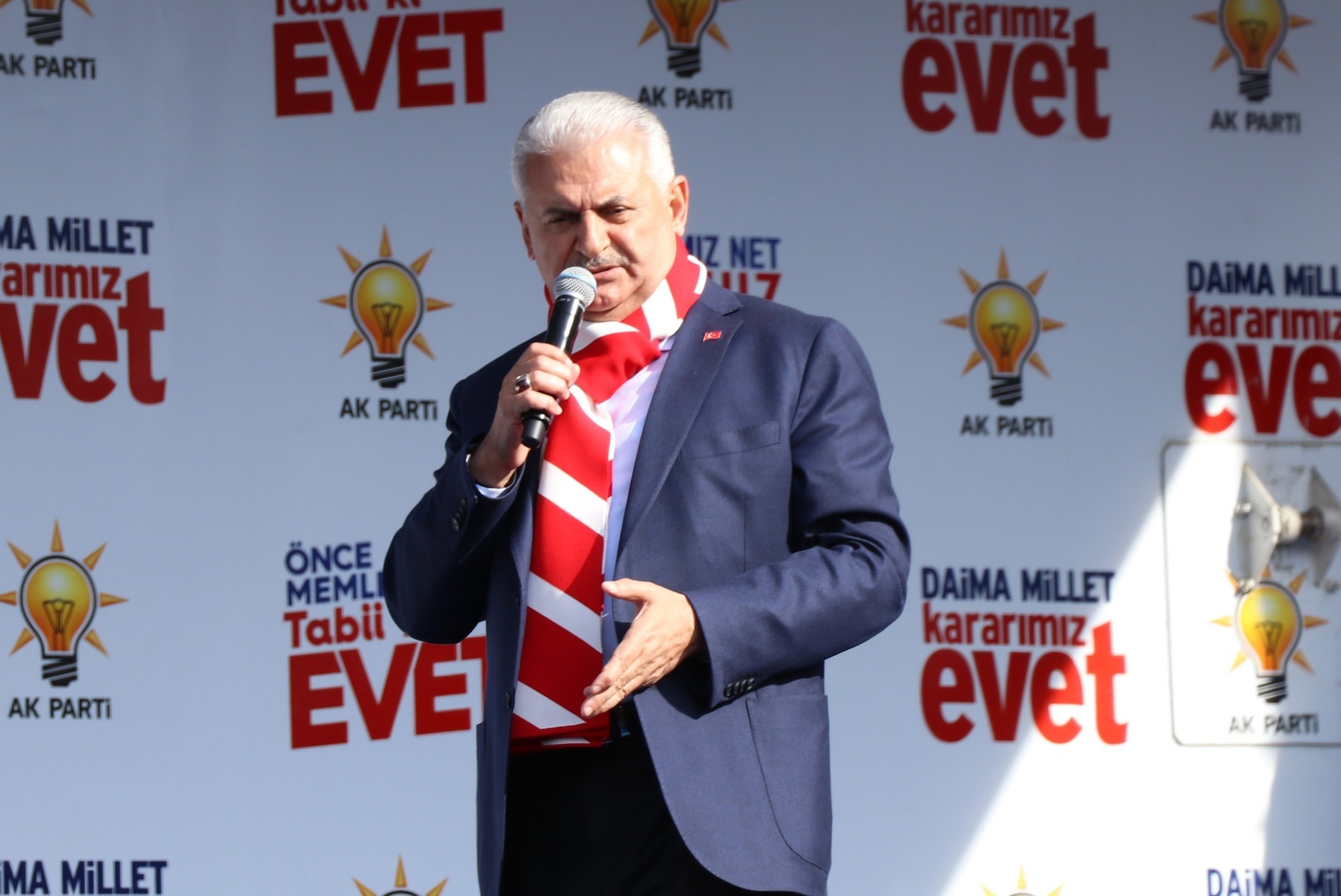 Prime Minister Binali Yıldırım on Tuesday criticized "no" campaigners for not taking a stance against terror organizations that pose a threat to Turkey's national security and for carrying out their campaign side by side with the followers of terror groups' across European cities.

"They can continue their 'no' campaign in Europe or elsewhere, where they get a pat on the shoulder, as much as they like. FETÖ [Gülenist Terror Group], the PKK and DHKP-C [Revolutionary People's Liberation Party] have been working hand in hand, shoulder to shoulder across different European countries for a 'no' result in Turkey," said Prime Minister Yıldırım speaking at an event in western Turkey's İzmir.

He while also criticized some European countries for their biased stance against the "yes" campaign and government officials, who intended to hold rallies with Turkish expats living in European cities.

"On one side, they block us while on the other, they link arms with the PKK and FETÖ, holding meetings, and as if this was not enough, terrorist [PKK] leaders from Qandil [PKK headquarters] connect to these rallies via video conferencing. Is this what friendship is? How can you have such friendship?" asked Yıldırım.

Some EU states, including Germany and the Netherlands, had banned Turkish ministers from holding meetings in some European cities, an action that drew sever criticism from the Turkish government.