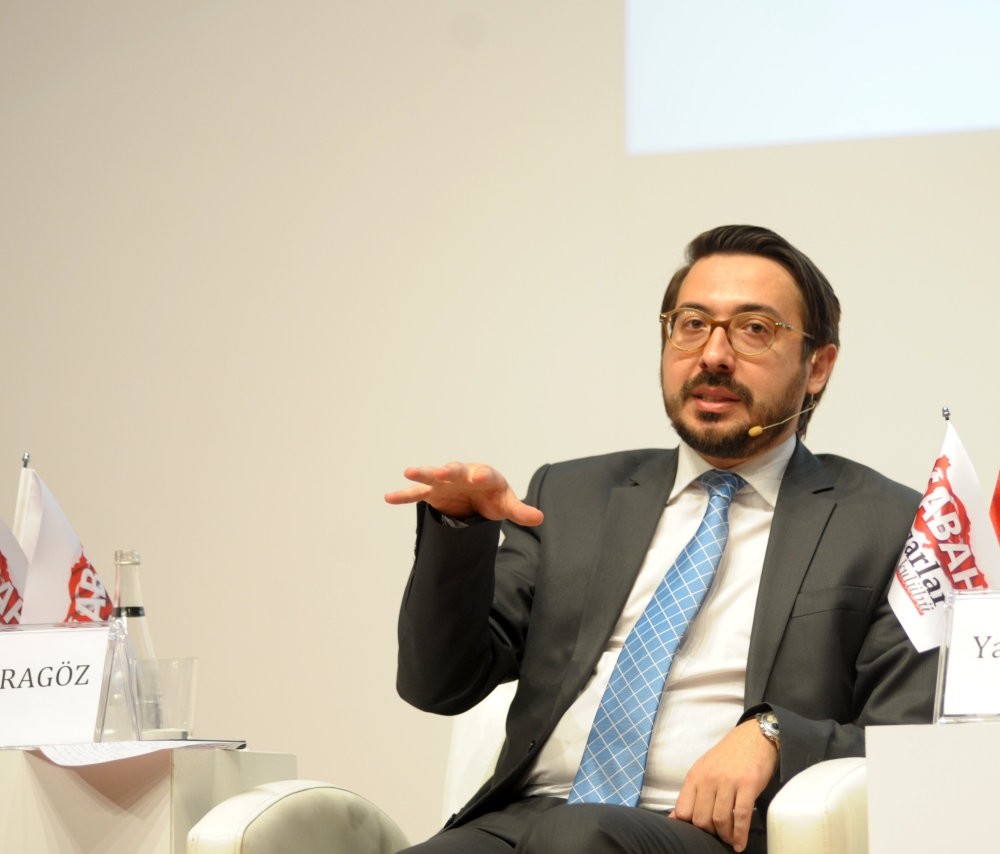 by Daily Sabah Apr 12, 2017 12:00 am
The Sabah Columnists Club held a panel yesterday in central Eskişehir province to inform citizens about the advantages of the proposed new executive presidential system.

Speaking at the panel, Daily Sabah Editor-in-Chief Serdar Karagöz (above)said that countries around the world have chosen the presidential system for steady growth rates. Emphasizing that the proposed system will eliminate the political deadlocks of the parliamentary system, Karagöz noted that many countries are currently considering switching to a system similar to the one proposed in Turkey: "We will be exporting the Turkish-style executive presidential system," Karagöz said during a panel moderated by Sabah daily's Managing Editor Yahya Bostan.

Another Daily Sabah columnist Ozan Ceyhun said that the Netherlands, Germany and Switzerland, along with other countries, are spreading propaganda in favor of the "no" campaign. Ceyhun said: "A strengthened Turkey would not be in Europe's favor because Europe is not accustomed to seeing Turkey in a role of power." Daily Sabah Economy Editor Şeref Oğuz was also among the panelists and spoke of the anticipated positive effects that the proposed presidential system will have on the Turkish economy.

Turkish citizens will cast their votes on the constitutional changes on April 16. Absentee voting among expatriates living abroad ended on April 9. The voter participation rate among expats was slightly less than 50 percent.
RELATED TOPICS