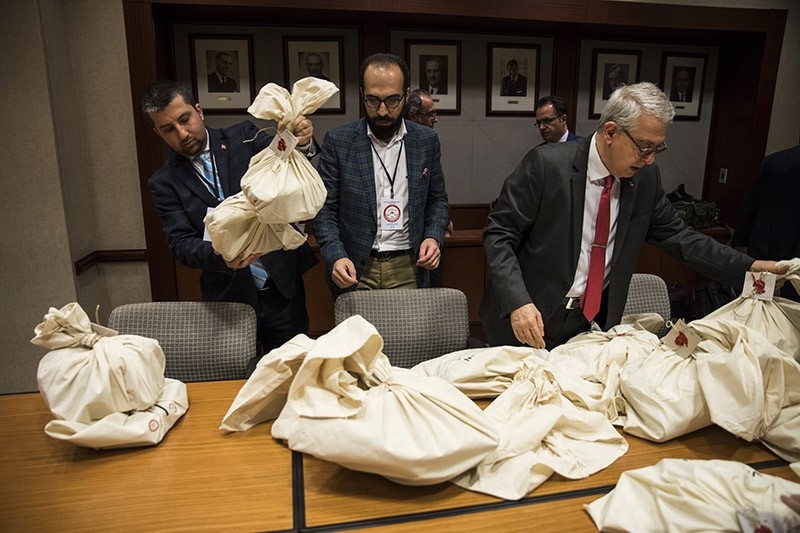 As overseas polling stations for the Turkish institutional referendum closed on April 9, Turkey is now preparing for the next step: counting the votes.

1,326,070 voting sheets, sealed in 3,210 pouches, were transferred to Ankara Monday by Turkish Airlines. Votes were collected in 57 countries from 120 Turkish diplomatic missions abroad.

The votes, according to the prearrangements made by the Supreme Electoral Council, will be prepared at the ATO (Ankara Ticaret Odası) Congress and Fair Center.

Overseas votes will be placed separately into 903 transparent ballot boxes. They will remain locked in five halls under special security precautions until nationwide voting closes on April 16 at 5 p.m. Both overseas and domestic votes will then be counted together.

Some three million members of the Turkish diaspora were eligible to vote in the referendum, while in Turkey, 55.3 million voters will decide upon 18 proposed amendments to the Turkish constitution and on whether they would like the existing parliamentary system to be replaced by an executive presidency system.