Nationalist votes largely sided with ‘No’ camp in Turkey’s referendum 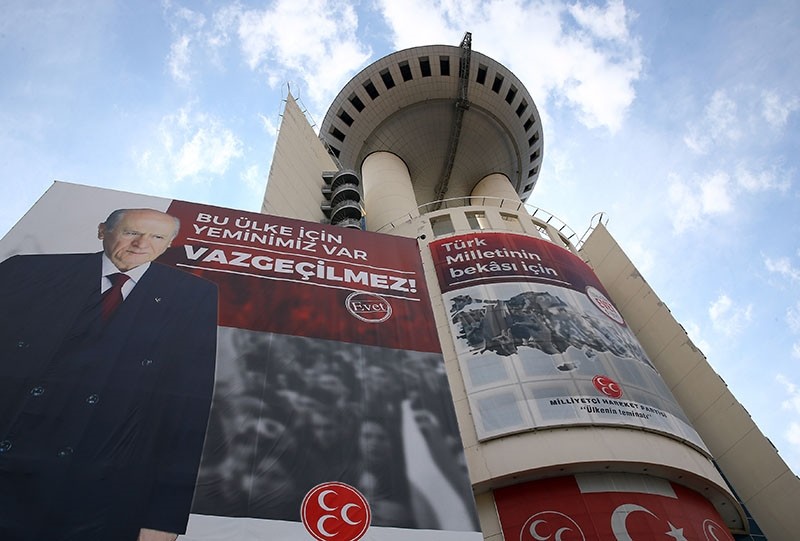 With more than 90 percent of the votes counted, preliminary results showed that a great majority of the Nationalist Movement Party (MHP) voters sided with the "No" campaign in the constitutional reform referendum.

In MHP chairman Devlet Bahçeli's constituency Osmaniye, AK Party and MHP votes were above 81 percent in November, whereas in the referendum, "Yes" votes made up only 58 percent of the total.

The AK Party's share in referendum votes in the capital Ankara, Turkey's second largest city, was also identical with the votes from the November elections, leading to presumptions that most MHP voters opted to vote "No."

In Istanbul, home to some one-fifths of Turkey's population, the share of "Yes" votes were slightly lower than the share of AK Party's votes in the November 1 elections.

In central Anatolia, where the MHP has a traditionally strong voter base, the MHP camp could only have added to AK Party "Yes" votes by 2 or 3 percentage points.

The MHP saw its votes drop by nearly 6 percent and a decrease in deputies by half in the November 1 elections, leading to the resignation calls for Chairman Bahçeli, who has led the party since 1997.

Despite most delegates backing an extraordinary party convention to allow an early leadership race by amending the party constitution, the MHP administration did not allow a convention and took the issue to the judiciary. After a long and complicated legal battle, Turkey's Supreme Court of Appeals ruled in favor of the party administration.