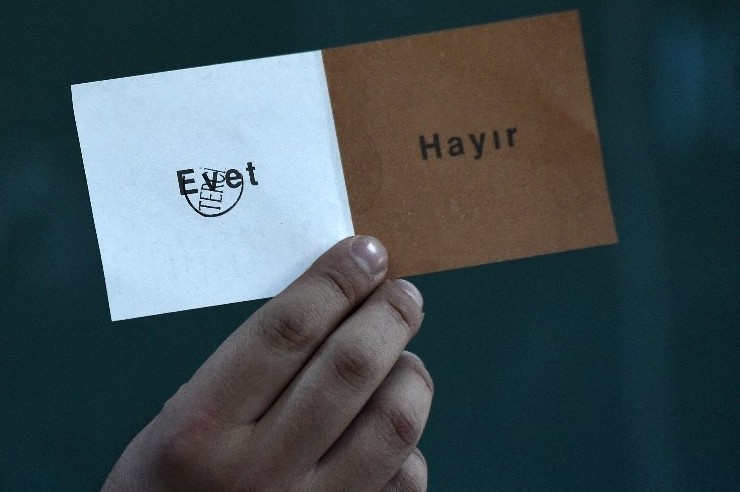 Polling stations throughout Turkey closed at 5 p.m. Sunday, as millions of people cast their votes for the historic constitutional reform referendum.

For the rest of the country, ballot boxes opened and closed an hour later at 8 a.m. and 5 p.m. respectively.

Millions of people from different walks of life votes in the referendum. While some went to polling stations in their bridal gowns before going to their wedding, others cast their ballots with their pets.

Meanwhile, voting for Turkish expats took place between March 27 and April 9, and around 2.9 million people have voted abroad.

Officials expect a high turnout for the referendum.

Results are expected to be broadcast after the Supreme Election Board lifts broadcast ban at 1800 GMT.