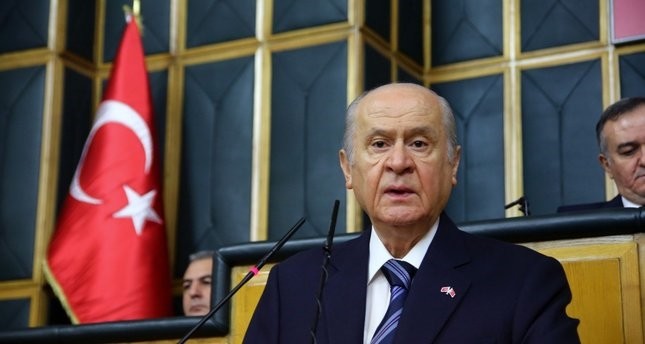 Bahçeli called the outcome "an undeniably successful achievement; a win that makes neglect and denial impossible."

He said Turkey rejected international "pressure, blackmail, imposition, force and threats by the whole world to put the 'no' choice forward."

Unofficial results showed that the "Yes" vote prevailed in Turkey's historic constitutional reform referendum on switching to a presidential system with more than 97 percent of ballot boxes opened.

The data showed that Turkey's three biggest cities - Istanbul, Ankara and Izmir - as well as the predominantly Kurdish southeast voted "No", however, the "Yes" campaign still performed better than expected in the southeast where the region heavily voted for pro-PKK HDP in the general elections in 2015.

With more than 90 percent of the votes counted, preliminary results showed that a great majority of MHP voters sided with the "No" side in the referendum. Bahçeli had openly backed the 'Yes' side and President Recep Tayyip Erdoğan throughout the referendum campaign.