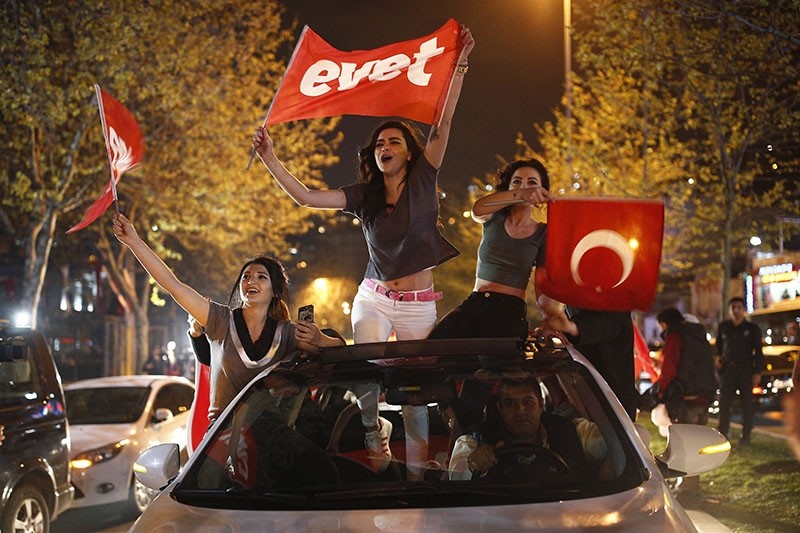 The "Yes" vote has prevailed in Turkey's historic presidential system and constitutional reform referendum with more than 98 percent of ballot boxes opened.

With 98.3 percent of the votes counted, 51.4 percent voted "yes" and backed the constitutional changes to replace the parliamentary system with a presidential vote, with 48.6 percent voting "no" against the changes.

More than 55 million people in the country of about 80 million were registered to vote while more than 1.3 million Turkish voters cast their ballots abroad.

The election data showed that Turkey's three biggest cities Istanbul, Ankara and Izmir, as well as the predominantly Kurdish southeast voted "No", however, the "Yes" campaign still performed better than expected in southeast where the region heavily voted for pro-PKK HDP in the general elections in 2015.

With more than 98 percent of the votes counted, the results show that a great majority of the Nationalist Movement Party (MHP) voters sided with the "No" in referendum.