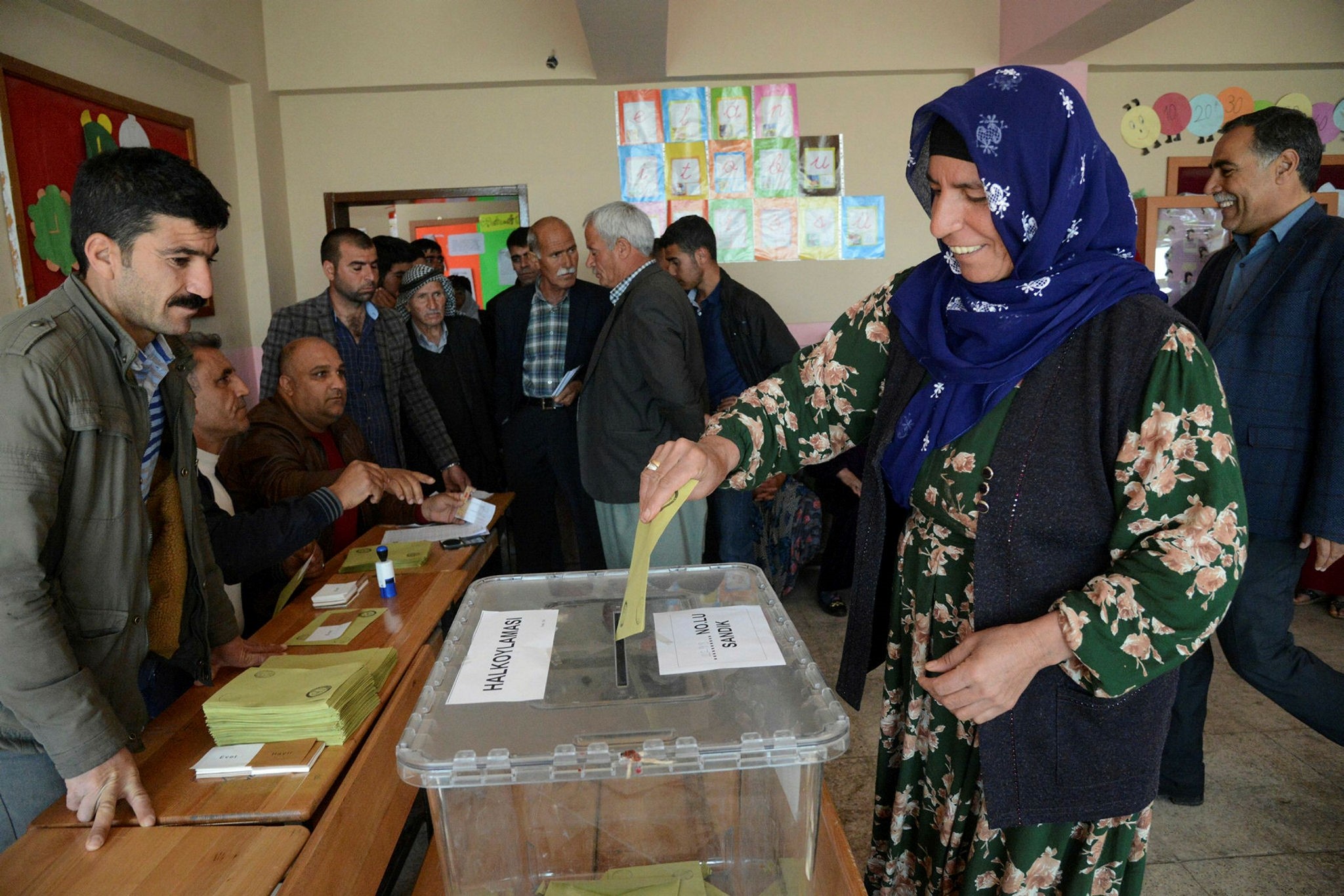 Predominantly Kurdish cities in the east and southeast opted more to 'Yes' on Sunday's referendum despite the fact that the pro-PKK Peoples' Democratic Party (HDP) remained in the 'No' camp during the referendum process.

In Hakkari, where HDP is strong, 'Yes' received 32.35 percent of votes, which implies a strong increase of 17.06 percent compared to votes cast in favor of the ruling Justice and Development Party's (AK Party) and opposition Nationalist Movement Party's (MHP) in November 2015 elections. In that election, AK Party and MHP votes combined totaled 14 percent.

Also in Şırnak, 'Yes' voters made up 28.41 percent of total votes, which is 16.29 percent more than AK Party and MHP votes combined in the November elections.

In Muş, 'Yes' votes prevailed with a narrow margin, making up 50.60 percent of total votes. In November 2015, AK Party and MHP votes totaled 35.2 percent, which reveals a 15.4 percent of increase.

In eastern Ağrı province, 'Yes' votes, despite being roughly 7 points under the 50-percent threshold, saw a surge compared to November 2015 elections. In these elections, AK Party and MHP could total 27,4 percent of votes, which means that 'Yes' camp had a great success in the city with a 15.6-percent increase.