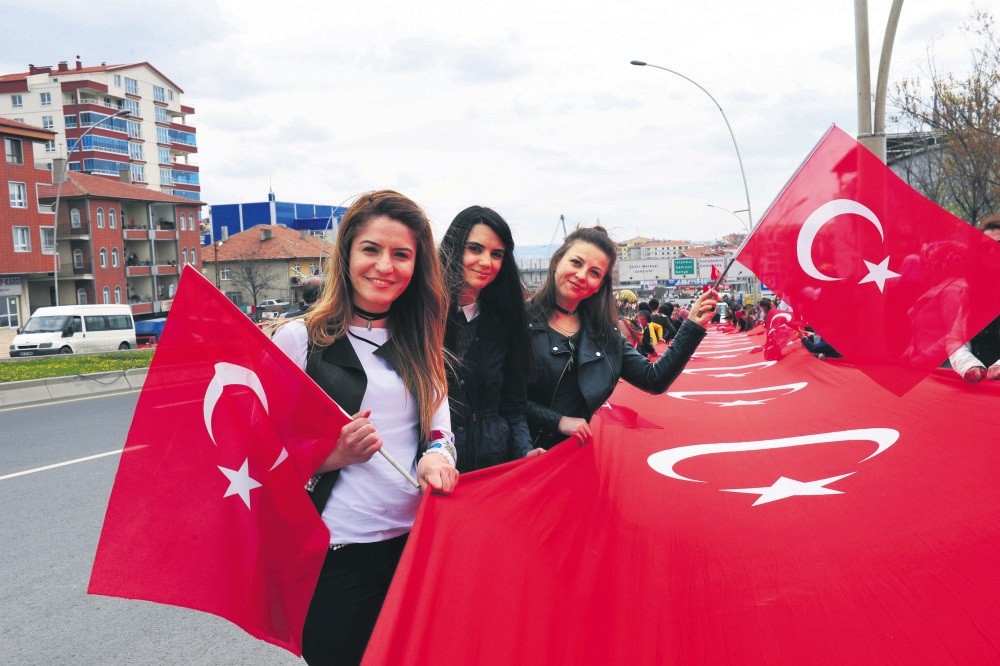 A large crowd of u2018yesu2019 supporters greeted President Recep Tayyip Erdou011fan in Ankara on Monday evening.
by Daily Sabah Apr 19, 2017 12:00 am
Turkish people both in Turkey and abroad are continuing to celebrate the referendum result that will see the country switch its government from a parliamentary system to a presidential one.

With the referendum, the Turkish people approved amendments to 18 articles of the country's existing Constitution, including the transition from a parliamentary government system to a presidential system.

The reforms will hand executive powers to the president and abolish the post of prime minister. The president will also be allowed to keep his ties to a political party. Likewise, President Recep Tayyip Erdoğan is now expected to rejoin the ruling Justice and Development Party (AK Party).

In Sunday's referendum, more than 25 million people voted for the approval of the new system.

While the opposition objected to the result and alleged that "illegal acts" were being carried out in favor of the government in the referendum, "yes" supporters organized events in several locations in Istanbul and across Turkey to celebrate the victory.

Turkish citizens also flocked to the streets to celebrate the victory in Germany, the Netherlands and Belgium, where the governments tried to interfere in the election process by openly supporting the "no" front.

Regardless of a dogged European campaign, following some controversial bans on the "yes" bloc and overt support for the naysayers, Turks in Europe overwhelmingly voted "yes," in favor of the proposed constitutional amendments.In Belgium, where voter turnout was above 53 percent, nearly 75 percent of voters opted for "yes." Also, more than 46 percent of eligible voters took to the polls in Germany and more than 60 percent of the voters opted for "yes."

Meanwhile, an overwhelming 71 percent of some 118,000 voters in the Netherlands voted "yes."
RELATED TOPICS