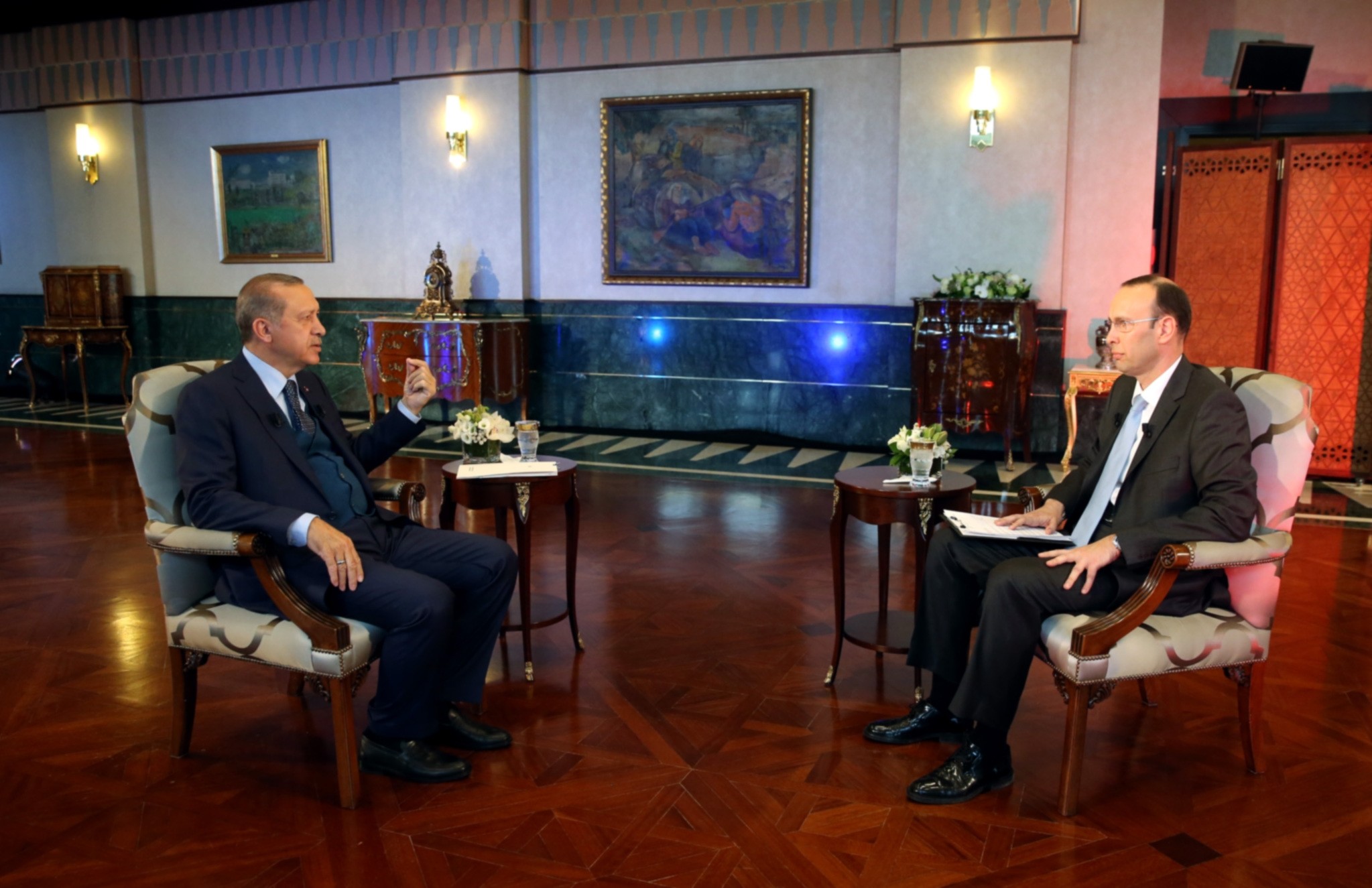 President Recep Tayyip Erdoğan said Thursday that the Organization for Security and Co-operation in Europe (OSCE) was supposed to be impartial, but that it was difficult to believe in their impartiality after some of its observers were revealed to be PKK sympathizers.

Speaking to ANews after the referendum results, Erdoğan said, "The OSCE is obligated to send observers who are impartial and independent, however, we see the pictures of its observers holding PKK flags in terrorists group's rallies, promoting the "no" campaign. How are we supposed to believe OSCE is impartial after sending these people to monitor the referendum?"

The president said the decisions over the referendum results were beyond the jurisdiction of the European Court of Human Rights or the Constitutional Court and that the debate over the results was over following the final decision of Turkey's Supreme Election Board (YSK).

Erdoğan also criticized the EU and said that PKK and YPG terrorists freely campaigned in European states while Turkish ministers were not allowed to meet Turkish people there.

The controversy on the objectivity of the Organization for Security and Co-operation in Europe (OSCE) report on Turkey's constitutional referendum grows after more European observers were revealed to be sympathizers of the PKK and joined numerous events organized by the terrorist organization, also urging people to vote "No" in the referendum.

German Left Party (Die Linke) lawmaker Andrej Hunko, who was a part of the 23-member delegation of the Organization for Security and Co-operation in Europe (OSCE) deployed to observe Turkey's constitutional referendum, had previously attended demonstrations held by the PKK terrorist organization.

Nikolaj Villumsen, a Danish member of parliament from the Enhedslisten party, who came to Turkey as a PACE observer in the constitutional referendum who also actively attended the "no" campaign before the referendum period and raised money for the PKK's Syrian offshoot's Democratic Union Party (PYD)'s armed wing, the People's Protection Units (YPG).

According to unofficial results, the "Yes" campaign won with 51.41 percent of the vote, with the "No" camp garnering the remaining 48.59 percent and overall the voter turnout was at 85.46 percent.