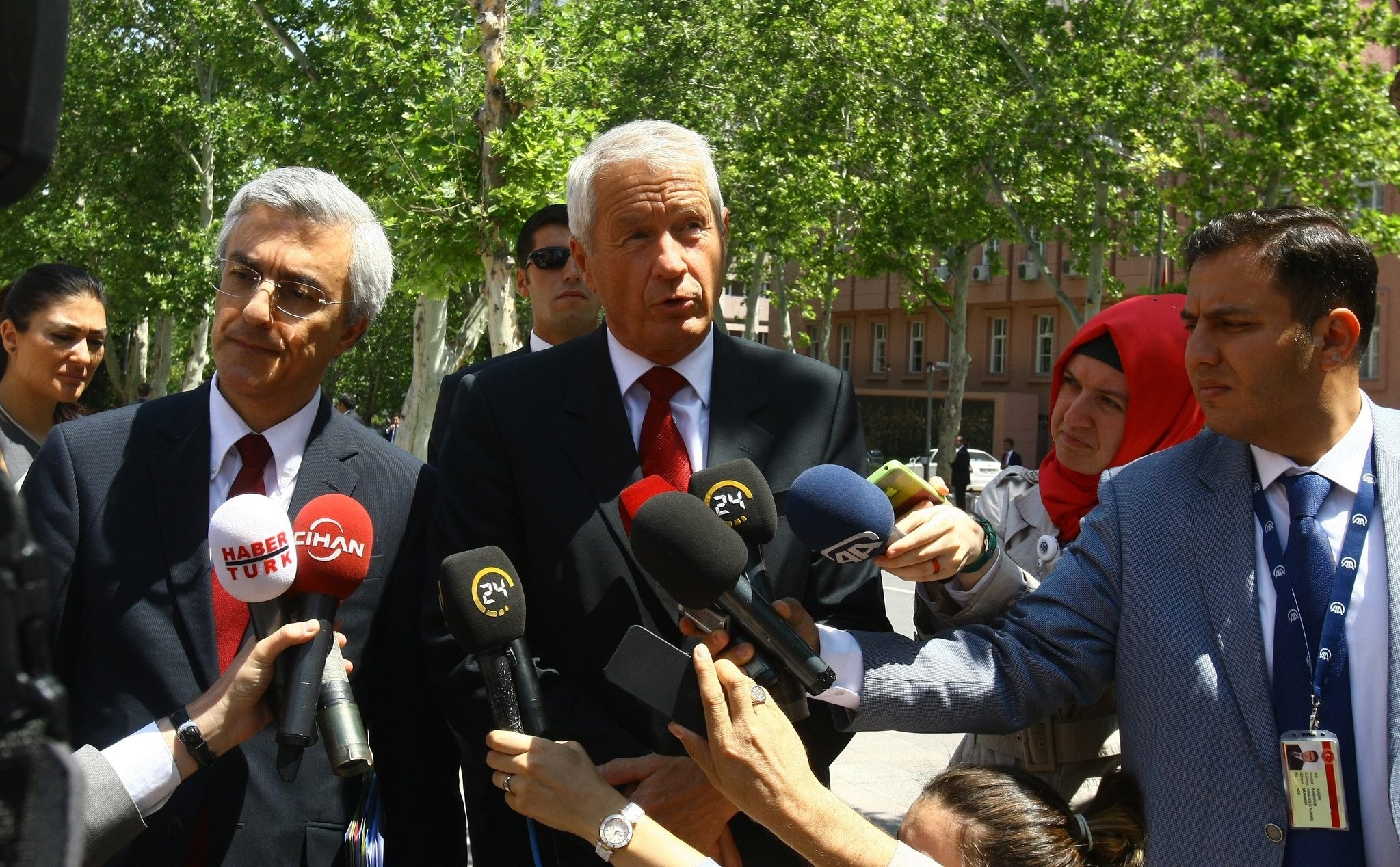 It is not possible for an international organization to annul a referendum in any country, the Council of Europe's secretary-general said Thursday after Turkey's main opposition party said it would take Sunday's referendum results to the European Court of Human Rights.

According to the German Deutsche Welle's report, Thorbjorn Jagland, secretary general of Europe's top rights watchdog said that there has been no ECoHR ruling regarding a referendum before.

Turkey's Justice Minister Bekir Bozdağ earlier said that the main opposition Republican People's Party (CHP) did not have the legal right to take the results to the European Court of Human Rights or the country's Constitutional Court.

Speaking in an interview with broadcaster A Haber, President Recep Tayyip Erdoğan said that challenging the results of the referendum was beyond the remit of each court.

During Sunday night's count, Turkey's Supreme Election Board (YSK) suddenly announced that unverified votes, which had not been authenticated as genuine by election officials, would be allowed. This led to a protest by the main opposition party CHP, which said it would challenge the result, complaining about other violations that occurred during the referendum.

The CHP's vehement opposition to the referendum results led to public protests in major cities including Istanbul, Ankara and Izmir. CHP Chairman Kemal Kılıçdaroğlu said that he respected the nation's will, but that the decision to allow the unstamped ballots overshadowed the results, even though such practices have taken place in the past and his party had even appealed to count unstamped ballots as valid.

"The rule of a match cannot be changed while the match is being played, this is a universal rule," Kılıçdaroğlu said.

According to unofficial results, the "yes" campaign won with 51.41 percent of the vote, with the "no" camp garnering the remaining 48.59 percent and overall the voter turnout was at 85.46 percent.