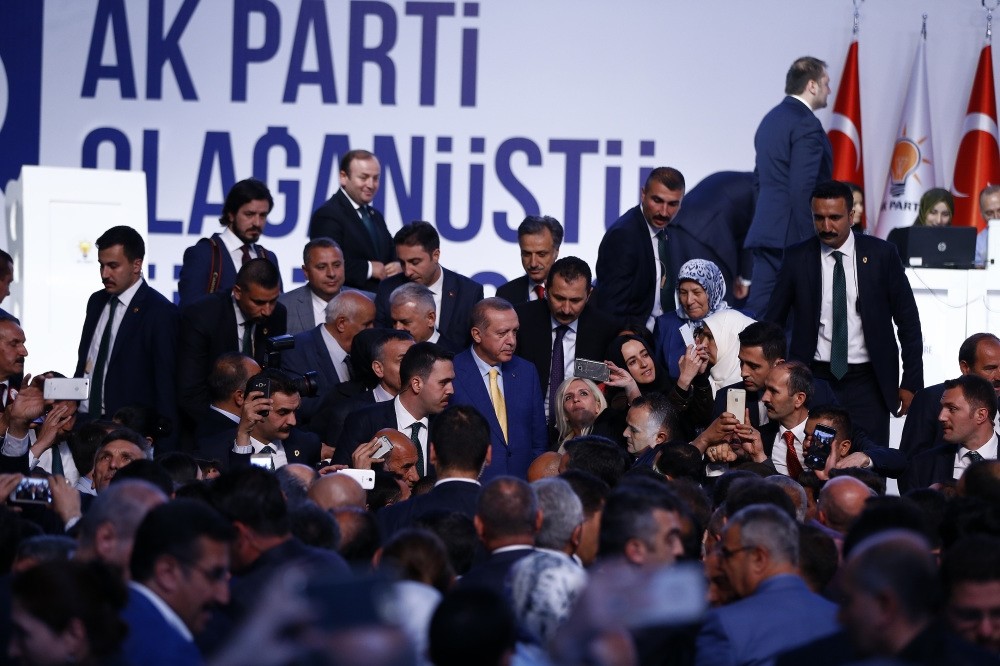 The AK Party selected President Recep Tayyip Erdou011fan on May 21 as its chief after a nearly three-year break.
by Merve Aydoğan May 23, 2017 12:00 am

As part of the new era the AK Party, the inclusiveness of youth in the party has become one of the significant changes, aiming to bring fresh blood into the dynamics and preparations for the 2019 elections

A new era in the ruling Justice and Development Party (AK Party) with President Recep Tayyip Erdoğan's chairmanship began with several changes including a youthful party administration in efforts to revitalize and supply the party with "fresh blood" towards the 2019 elections. On that note, 19 new members were named to AK Party's Central Decision and Executive Board (MKYK) as two of those names grasped the most attention over being the youngest members. Along with the two youngest MKYK members Rümeysa Kadak and Yasemin Atasever, who are under 25 years old, the AK Party's new administrative board includes nine women in total. Not only did the AK Party elect new young figures to its MKYK, but it also elected young members to its Central Disciplinary Committee (MDK) as well.

Kadak, who is one of the youngest figures in the party's MKYK, is currently obtaining her Bachelor's degree in Istanbul's Marmara University and also serves as a deputy head of the university's student council. Kadak also serves as a member of the Meridyen Association's Youth Brach, a nongovernmental organization (NGO) conducting academic studies and work. Another young figure in the MKYK is Yasemin Atasever, who is also currently a student at Istanbul Trade University obtaining a double major in Political Sciences and International Relations, and Law. Atasever is also a member of the Youth Branch of Women and Democracy Association (KADEM), a prominent women's NGO.

Meanwhile, a transformation in the local AK Party administrations was signaled at the congress, as well. President Erdoğan promised that there would be a reshuffle in local administrations by the end of the year. The newly elected chairman insured that this congress would mark the birth of a new era for the AK Party. With that respect, in his speech Erdoğan also underlined that the party is to undergo a reform process in the near future and will include more members from the 18-25 age group. "We are together again after 3 years, making a new start to work harder on bigger goals," Erdoğan said.