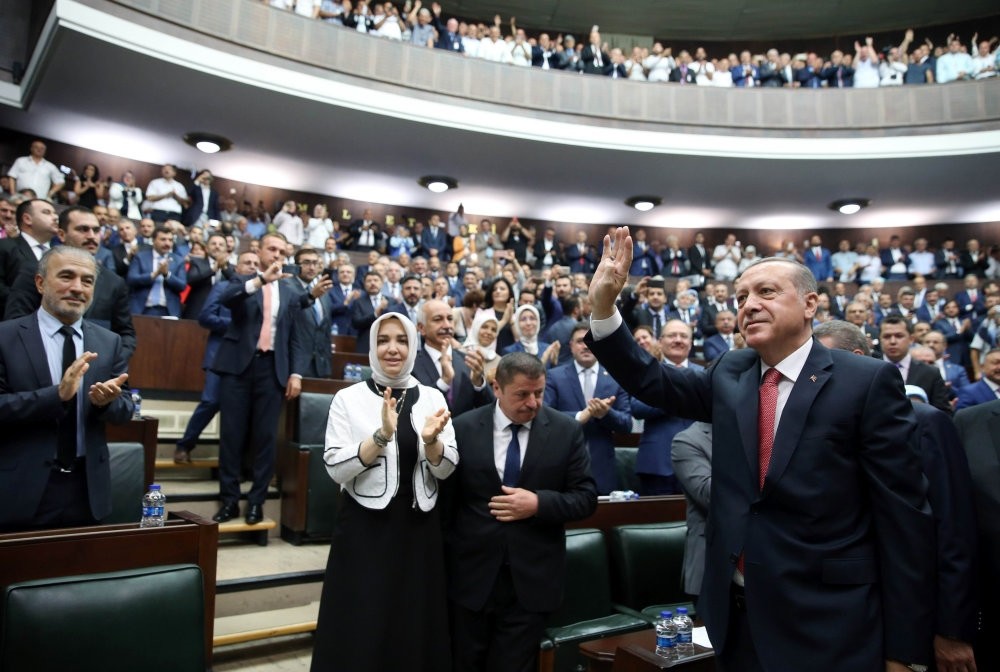 As part of intra-party reforms and revitalization steps, the AK Party's local administrations are undergoing analyse to find the most suitable figures for the upcoming 2019 elections

The Justice and Development Party (AK Party) is reportedly preparing meticulous and detailed analyses in regards to the names and lists that could spearhead the party into the 2019 elections.

As AK Party Chairman and President Recep Tayyip Erdoğan has already taken to the squares to rejuvenate his fellow party members and local administrators, Turkish media outlets have claimed that the party is drafting a report regarding who should be included on the lists of those who could represent the party in the 2019 elections.

The party is reportedly inquiring with non-governmental organizations (NGOs), tradesmen and ordinary citizens regarding their views about candidates. Furthermore, 81 provincial heads have been summoned to AK Party headquarters and asked about information regarding the current state of their branches. Deputies were also heard about their electoral districts and the problems of their people.

On the other hand, the threat of the Gülenist Terror Group (FETÖ) also plays a role in the decisions of the party administration, as well and candidates go through extensive security investigations.

The AK Party has started the process for an ordinary congress to be held on July 4 with congresses to be held in numerous towns. Party officials have also said that a provincial congress will be completed by February 2018.

The ruling party has entered a new era following President Erdoğan's return to the party in late May. After the constitutional changes were approved in the April 16 referendum, which allowed President Erdoğan to re-establish his ties with the AK Party, the party held an emergency convention on May 21.Since then, the Cabinet has been reshuffled and Erdoğan has repeatedly spoken of "mental fatigue" within the party. "Our fellow friends in successful branches will, of course, continue their duties, but I guess you can also agree that a comprehensive change is needed in our local administrations," Erdoğan said earlier in July.

"We will update all of our provincial, district and town organizations by the end of this year and revise them. This is because there is mental fatigue in these organizations and we need to overcome this. Therefore, we need to be prepared for 2019, hopefully with a much more dynamic team," he also said.Meanwhile, the AK Party's deputy chairman in charge of administration, Mustafa Ataş, said that between 300 and 350 district heads will be replaced in the upcoming period. "There is a demand to make changes in more than 300 districts, changes of up to 350 positions. We have already replaced 200 of our district heads recently. What does this mean? It means that 50 percent of 970 districts have undergone changes," Ataş said.

Stressing that the aim is to overcome the said "mental fatigue," Ataş said that the party's works will be presented in a report. "All of these [issues] will be transformed into a report and will be presented to our chairman on a province-by-province basis. We will make the necessary changes in line with our chairman's instructions," the AK Party deputy chairman added.