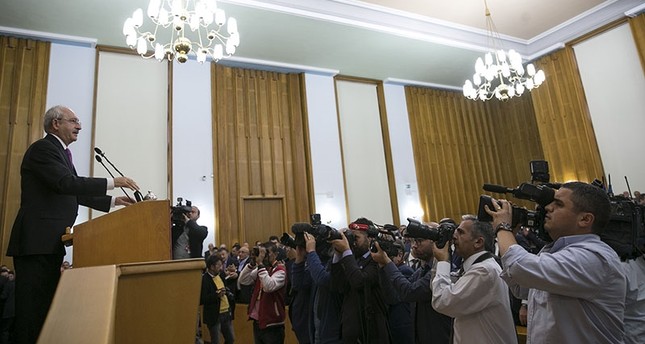 Speaking at CHP's parliamentary group meeting in Ankara, Kılıçdaroğlu said that the CHP is ready to give support if such a proposal comes to the floor in parliament, making CHP the first party to openly voice support to early election scenarios.

The mayors of Istanbul, Niğde and Düzce have resigned so far since President Recep Tayyip Erdoğan said that there was "metal fatigue" within the ruling Justice and Development Party (AK Party) and took up the task of rejuvenating it.

President Recep Tayyip Erdoğan said in a recent interview that he was expecting three mayors to submit their resignations. Ahmet Edip Uğur of Balıkesir – a city neighboring Bursa – is yet to resign.

Although the number of the resignations are limited, these five provinces host some one-third of Turkey's entire population, in addition to their administrative, economic and cultural importance.