Change in electorate law, threshold not included in recent amendment 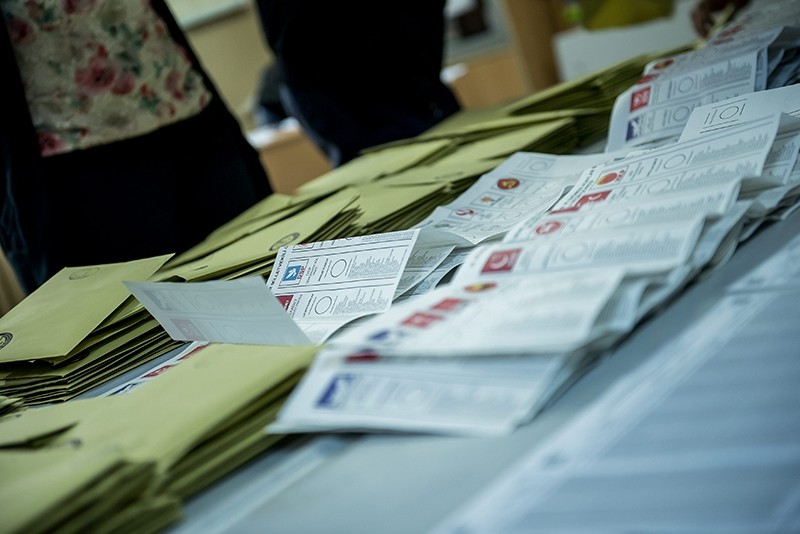 Decreasing the election threshold and a change in the electorate law to allow party alliances in voting papers will not be included in recent adjustment laws.

In a meeting, President Recep Tayyip Erdoğan and Justice and Development Party (AK Party) authorities negotiated the adjustment laws package regarding changes in the electorate law. The package will be sent to Parliament following evaluation by the central executive board of the AK Party.

Erdoğan and party officials discussed the package, which would change six election laws. In the package to be brought to Parliament, the election threshold and political party alliances will not be included. There will be another package that will include these issues if necessary. The AK Party established a committee following the April 16 referendum for the adjustment laws. The outline prepared by this committee was followed during the meeting.

With regard to ongoing debates about decreasing the election threshold and enabling party alliances for the upcoming 2019 elections, these issues were also tackled, but they were not considered as part of the adjustment laws package. There were two different opinions regarding alliances of parties. Some party members argued that there was no need to change the electorate law, saying that under the current law, the way to form alliances is open, while some others argue that it is not possible for members of one party to resign and go in to elections under the list of another party and stressed the necessity of some regulations to enable parties that would ally with another to be on the voting papers.

On the issue of decreasing the 10 percent election threshold, the prevailing opinion in the meeting of President Erdoğan and AK Party authorities, was to keep the threshold the same. However, if the AK Party follows a change in this regard, taking Nationalist Movement Party's (MHP) opinion into consideration, the issue will be handled in another package.

In the meeting, the proposal that presidential candidates be able to conduct election campaigns along with their parties, using the party emblem, was discussed. However, independent candidates will only use their own name. Regarding candidates nominated by 100,000 signatures, some mechanism to monitor the process will be established.

Terms such as "main opposition" and "prime ministerial" will not be included in electorate law. Instead of main opposition, the terms "first, second and third party" will be used. In line with the new regulation that grants the right to run for office at the age of 18, there will be parallel regulations. Additionally, the election process will be reduced from 90 days to 60 days.