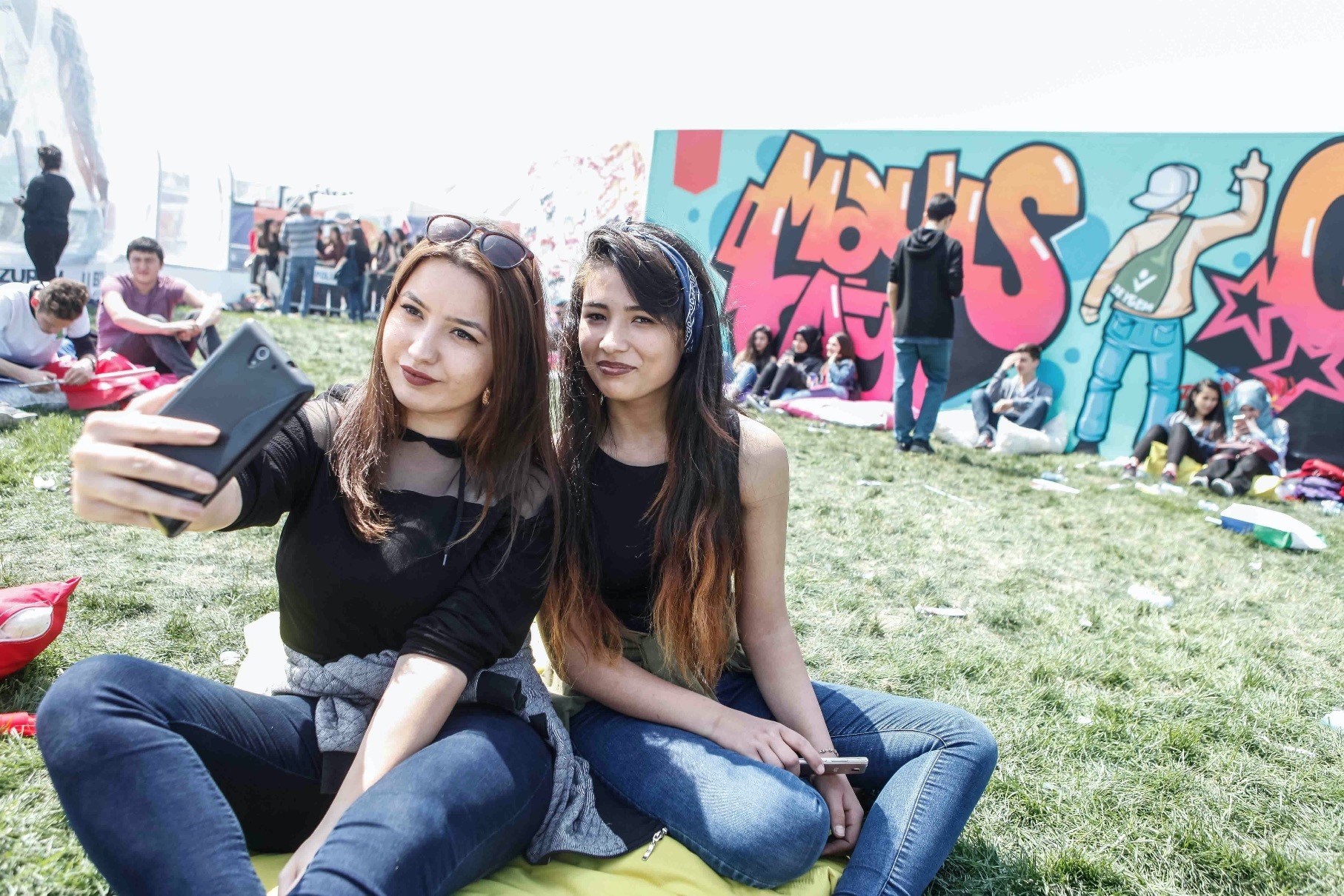 After the age of candidacy was lowered from 25 to 18 with last year's referendum, 113 young candidates from four mainstream parties will compete in the June 24 elections

Attempts at tapping into the immense potential of the youth have produced mixed results for political parties in Turkey. While some parties like the ruling Justice and Development Party (AK Party) and the opposition Republican People's Party (CHP) channeled their energy to recruit young politicians, others evidently preferred proverbial age before beauty. Last year's referendum decreased the age of election from 25 to 18. Elif Nur Bayram was born in 2000 in northwestern Kocaeli province, at a time of great economic and political upheaval. A coalition government led by late Prime Minister Bülent Ecevit was soon to oversee an economy in a once-in-a-generation crisis, paving the way for the AK Party's dramatic takeover in the November 2002 elections, when Bayram had turned two years old.

Since then she has witnessed nothing but political stability under the AK Party government. She knows nothing about the post-coup 1980s, when the junta discouraged the young from engaging in politics, producing an apolitical generation. Nor is she aware of the 1990s in Turkey, a time of weak coalition governments, economic hardship, escalating violence by the PKK and the deep state, and increased persecution of the conservative community culminating in the Feb. 28, 1997 "post-modern coup" that banned headscarves and subsequently disenfranchised another generation of youth. As a member of the Z generation, Bayram is now one of 57 parliamentary candidates of the AK Party below the age of 25, who will compete in the June 24 elections.

Political parties, especially the ruling AK Party and the main opposition CHP apparently grasped the significance of nominating youth candidates in order to attract electors below 25. CHP comes second with 48 candidates below the age of 25.The Good Party (İP) and Nationalist Movement Party (MHP) nominated six and two youngsters, respectively. In total, 113 young candidates from four mainstream parties will race in the elections.

Bayram, who is studying in her last year in Kocaeli Science High School, told reporters on Monday, the day the list of parliamentary candidates were released, her biggest dream had come true.

However, politics will not prevent her from furthering her studies. She intends to enter the college admissions test that will take place only a week after the elections."With good planning, I can handle both politics and university," she said.

Her family shows Bayram full support, but also knows the importance of education. Considering that Kocaeli province has 13 parliamentarians in total and Bayram was nominated for the 11th seat, she can't be considered a favorite but still, those odds don't daunt her.

Another young candidate from the ruling party, İbrahim Enes Duruay, 18, who was nominated from Ankara, complained of the high average age of parliamentarians.

"With an average age like that, they can't understand our situation," he told reporters.

According to the 2017 figures of the Turkish Statistical Institute (TurkStat), Turkey's population boasts nearly 13 million youth between the ages of 15 and 24. This figure constitutes 16.3 percent of the total population.

Additionally, 1.65 million young voters have come of age since the 2015 general elections, three percent of the entire electorate of 59 eligible voters.

The CHP's youngest candidate is İsmail Hakkı Gül, 18, who is nominated from southern Antalya province. As the son of Mustafa Gül, a district mayor in Antalya, he is already familiar with politics.

Mustafa said that their primary goal for İsmail is not being elected as parliamentarian but rather to encourage young people to get interested in politics.

Zeynep Adak, 22, is the youngest candidate of the MHP, which has formed the People's Alliance with the AK Party. She is from Kocaeli and will compete in her hometown. She is also the head of the MHP's branch in Gebze, Kocaeli.

The generation who were born after the turn of the millennium have lived through an extraordinary period in republican history, when political stability allowed economic growth and peace.

Unlike their compatriots in 1980s or 1990s, they are more politically engaged, demanding and conscious of their rights and freedoms. Military tutelage, the headscarf ban, the deep state and repeated political and economic shocks are not issues they are familiar with. They are a post-partisanship generation. No wonder the attempt to repeat coups of the past failed dramatically on June 15, 2016.

They are active in politics, trying to express themselves in political organizations or solely on social media. Their main demand is more freedom, which necessitates more liberalization and democratization of the government and more prosperity.

The 18-year-old Merve Asa from the İP is one of those youngsters. She will compete in her hometown in Bursa.

"I believe I will show women's power to the world," she told reporters, signaling that her focus will be on women's problems if elected.

Like most other young candidates, she has no intention to cut her studies short. She is planning to complete her homework while preparing legislation in Parliament.