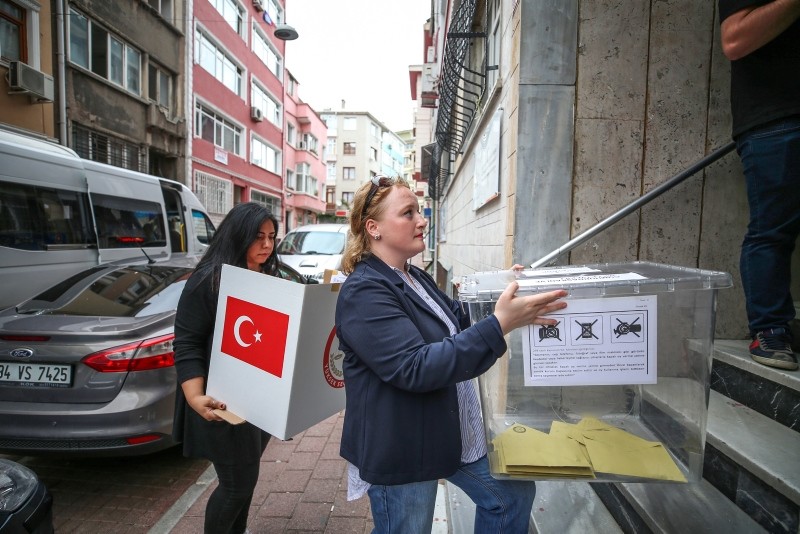 The elderly and sick who could not make it to polling stations got a chance to vote at home for the first time in Turkish election history.

For the presidential and parliamentary elections on Sunday, 17,258 voters registered for services of mobile ballot boxes, after complying with requirements of the Supreme Election Council.

The voters had to present a medical report explaining their reason for being unable to come to polling stations.

A private polling booth was set up where voters cast their votes in privacy.

In the Black Sea province of Zonguldak, Hatice Oral, 55, who has a congenital disability, used the facility.

"This simplifies things for us," said Recep Şengeç, 72, who suffers from a muscular dystrophy. He availed the facility in the northwestern province of Sakarya.

In the northwestern province of Kocaeli, bed-ridden 90-year-old Fatma Büyükgöl, cast her vote.