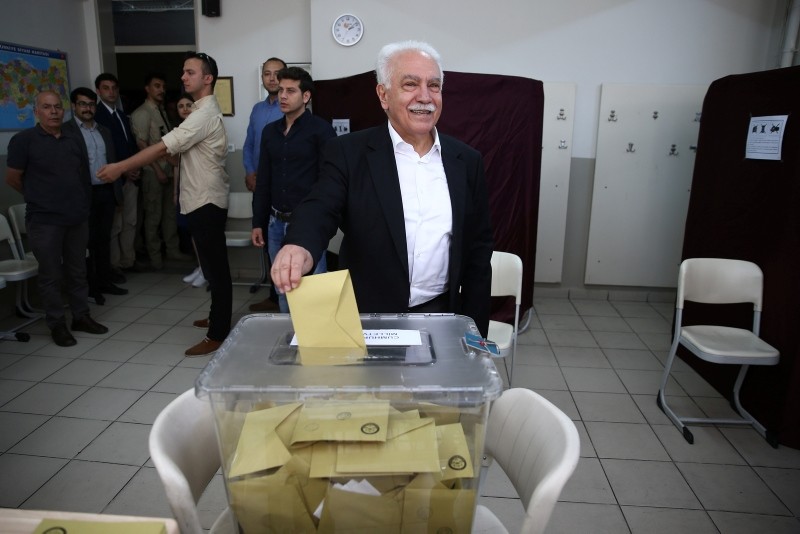 Perinçek was nominated by 110,030 people to run in the presidential elections, becoming the sixth and last eligible candidate on May 9, the deadline for applications.

According to the provisional election results, Perinçek received 98,926 votes on Sunday, 0.2 percent of all votes cast in the presidential elections.

According to Article 101 of the Constitution, a candidate for the presidential elections should either be nominated by political party groups in Parliament, meaning at least 20 deputies, or by political parties that obtained at least 5 percent of the vote in the last parliamentary elections or by 100,000 voters. The changes in this article were introduced with the presidential system and constitutional reform package approved in the April 16, 2017, referendum.

Prior to the elections, Turkish media outlets reported that Perinçek secured his candidacy with the backing of provincial organizations of the main opposition Republican People's Party (CHP) to increase the number of candidates as part of a strategy to enable a second round in the elections with a higher participation rate and lower votes for incumbent President Recep Tayyip Erdoğan.

Following the elections, Perinçek accused the opposition of "dancing" with terrorist groups, citing it as the reason of failure against the ruling Justice and Development Party (AK Party). He also criticized the CHP for cooperating with the pro-PKK Peoples' Democratic Party (HDP).

Perinçek has been a staple figure of the Turkish left since the late 1960s, initially defending Maoism but switching to a nationalist and pro-Eurasianist stance over the years. The VP and Perinçek are believed to have good ties with the so-called Eurasianist wing of Turkey's NATO-dominated military and intelligence. Initially a fierce critic of the AK Party, Perinçek supported the government's fight against the Gülenist Terror Group (FETÖ) and the PKK.

The party also runs the Aydınlık newspaper and Ulusal TV station along with several affiliated publishing houses, appealing to a larger audience than its voter base.