Opposition parties confused about who to ally with in local elections 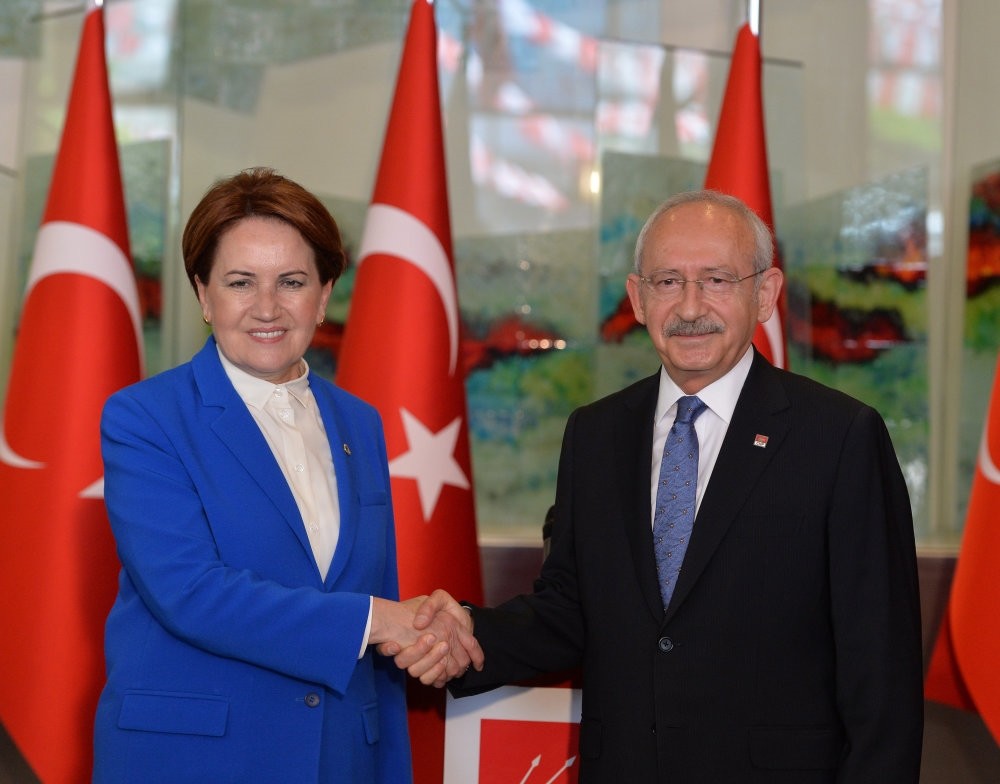 While the ruling AK Party and MHP accelerate their negotiations on a political alliance for the upcoming local elections, opposition parties continue to make contradictory statements on the issue and still do not have a firm stance on whether or not they will form an alliance

The officials of both parties have been making inconsistent statements on the issue.

Answering a question of whether the CHP will form an alliance in the local election with other parties, the spokesman of the party, Faik Öztrak, said on Monday in a press conference, "There is no such preparation, as the alliances are not in the party's agenda."

Despite Öztrak's statement ruling out a possible alliance, Engin Özkoç, the group deputy chairman of the CHP, stressed in late September that the CHP would cooperate with other parties including the İP and the pro-PKK People's Democratic Party (HDP).

"Since a legal alliance is not possible, voter bases should make the alliance," he said in the party's get-together in northwestern Bolu province.

Relevant laws for local elections do not permit an official alliance contrary to previous parliamentary elections. Therefore, two parties will look for strategies of "alliance on the candidate" rather than an alliance on the ballots.

Similar to the CHP, the agenda of the İP on possible alliances is busy and confusing as well. The chairwoman of the İP, Meral Akşener, said on Monday that the party has had no discussions on the electoral alliance issue at the moment.

However, she reminded of the Nation Alliance formed prior to June 24 parliamentary and presidential elections, saying, "I can't say already whether there will be alliance or not. We're going to see what's going on tomorrow." In addition to that statement, Koray Aydın, the vice chairman of the İP, told the Yeniçağ newspaper yesterday that there is no alliance talk on the İP's agenda but that the party's electorate "is doing this alliance issue very well in the ballot box."

was formed by the CHP, the İP, the conservative Felicity Party (SP) and the center-right Democrat Party (DP) ahead of the last elections. The alliance received 33.9 percent of the votes, suffering a defeat against the ruling Justice and Development Party (AK Party) and the Nationalist Movement Party's (MHP) People's Alliance, which received 53.7 percent of the votes.

Therefore, the AK Party and the MHP have been already signaling a continuation of the People's Alliance and expressing their joint wish to carry the momentum in the upcoming local elections.

Meanwhile, apart from the disagreement on the alliance issue, the intraparty cracks within the CHP's administration are continuing ahead of the local elections. Aziz Kocaoğlu, İzmir's mayor from the CHP, voiced criticism against the administration and the incumbent Chairman Kemal Kılıçdaroğlu, saying the party is incapable of ruling the country even if it gets elected.

Speaking on Monday in a televised interview, Kocaoğlu, who has been at the head of Turkey's third-largest city for 14 years, reiterated his unwillingness toward re-nomination for the metropolitan municipality for the new term, adding that he is retiring from politics.

"The CHP so far has not designated a plan to manage Turkey, it has not found a way to specify and treat the main problem and it has not determined a road map to raise the prospe

rity of Turkey," said Kocaoğlu following a question about the change in the CHP. "Without asking the people's opinion, you cannot produce solutions. Waiting for a different result by doing the same things is not right."

The intraparty criticism within the CHP became apparent following the last elections. The CHP, as a party taking part in the parliamentary elections, received much fewer votes than CHP's then-presidential candidate Muharrem İnce.

The dissidents, who blame Kılıçdaroğlu for the repeated election failures, had called for an extraordinary convention on July 16 to choose a new chairman. However, the opponents within the party failed to meet the quorum.

Since then, the intraparty criticism against Kılıçdaroğlu has not quieted down. His opponents have underscored that they will recollect signatures to change the party's bylaws for convening an extraordinary party congress, if the Kılıçdaroğlu administration insists on not holding a convention. As of late however, the demands of the dissidents seem to be fading.

Before his announcement, prominent party members including İnce and Gürsel Tekin expressed their desire to become

candidates for the same position.