AK Party leads in eco-friendly campaign for the municipal elections 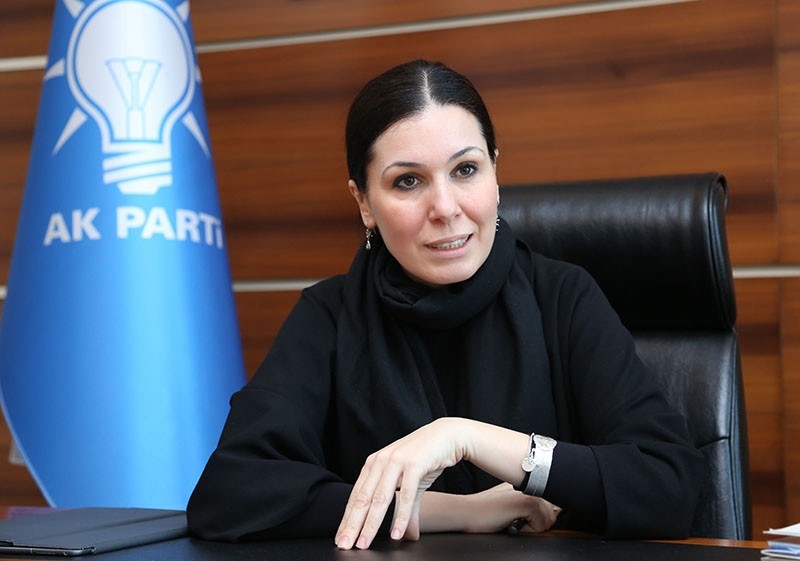 The AK Party is not only determined to pursue a green policy during its election campaigns for March 31, but it has also emphasized that it expects the newly elected mayors to act accordingly as well

Green policies will be a top priority for the ruling Justice and Development Party (AK Party) in the upcoming local elections slated for March 31 with the aim of reflecting the parties' longstanding perspective for governing the municipalities. The newly elected mayors will be expected to implement tasks in line with the parties' green policies. Çiğdem Karaaslan, the AK Party's deputy chairwoman and president for environment, city and culture spoke to Daily Sabah in an exclusive interview about following green polices. "The AK Party will take a leading role in the upcoming period as it adopts an election campaign that is eco-friendly and respects people," Karaaslan explained.

Underlining that this election period will be substantially different from the previous ones, she added, "As AK Party's chairman, President Recep Tayyip Erdoğan announced previously that campaigning methods that will cause visual and noise pollution will be avoided. We will conduct a campaign reflecting our perspective that is in harmony with nature and puts people front and center."

In election periods, it has almost become a tradition for political parties to decorate the streets with party flags and playing campaign songs from minivans, which causes a great deal of visual and noise pollution not welcomed by many.

In line with the increasing demand from society to end the chaotic atmosphere during election periods, Erdoğan stressed in early December to prevent visual pollution the AK Party will only be allowed to display flags in the regions of party organizations and election coordination centers. AK Party election buses will not be touring, except during specific times set beforehand.

"The parties find themselves in a race to be seen and heard; yet, it is clear that our citizens do not want to see such campaigns. Therefore, the AK Party made the decision to end it. The other political parties should also follow this decision," Karaaslan stated and added that these steps would contribute to the economy as well.

Karaaslan also stressed that in the AK Party's environmentally friendly election campaign utilizing digital platforms will be essential as it would allow enhanced communication between the 10 million members of the AK Party and other members of the organizations.

Another example is that the AK Party has conducted electronic tendency surveys for the first time, while previously party members were filling out forms in order to share their opinions.

"With only these two steps, we have saved nearly 6 tons of paper," Karaaslan said, stressing the impact of using digital platforms.

As the future of the cities will be shaped by the imminent local elections, Karaaslan pointed out that a candidate for mayor should avoid steps which would bring more harm than good to the city and the environment during the election period.

Karaaslan stressed that the AK Party, which has been conducting projects in the field to get an understanding of people's expectations, demands or dreams about the cities they live in, will saddle its new mayors with tasks reflecting the party's green policies into their perspective on governing the municipalities.

"In the AK Party's election manifesto, the environment issue will be prioritized, and the mayors will be expected to fulfill tasks by taking concrete steps for the city and the environment," Karaaslan said, stressing that, "Meeting the basic services is important, such as building roads and infrastructure; yet, we highly care about the cities' silhouettes and environmental projects."

"We have stated a project in March and have been in the field for six months. Our main objective was to listen to the demands, complaints and most importantly, the dreams of people regarding their cities," Karaaslan said.

For the project, a young team of 12, consisting of environmental engineers, art historians and landscape architects, focusing on the environment, cities and cultural values in 30 major cities questioned 85,200 citizens.

Karaaslan highlighted that during the project they did not focus on politics. The focus was on the people's ideas that would shape the future of their cities and help promote different aspects of the cities' identities, she added.

The project enabled the AK Party to learn a wide range of opinions, including their expectations regarding major environmental projects for metropolitan areas as well as their small demands concerning a particular district of a city.

"As the project has provided strategic information about the cities, we have drafted road maps for each city, and the AK Party will saddle the new mayors with tasks accordingly. Currently, we have road maps for Samsun, Istanbul, Şanlıurfa, İzmir and other cities," Karaaslan stated.

In relation to the AK Party's project of the people's gardens, Karaaslan said it is one of the most significant environmental projects so far that aims to provide people green living space in the middle of cities where they can relax or be involved in cultural activities at reading houses.

"We are combining green spaces with culture and art in city centers as there are reading houses in these parks," Karaaslan added.

According to a report by the AK Party that explains the activities and performance of the government between 1992 and 2002, the government oversaw afforestation work in around 743,000 hectares. This number increased sixfold between 2003 and 2017. During the last decade of the AK Party-led government, 4.9 million hectares were used for reforestation.

She underlined that the AK Party's sensitivity to the environment traces back to the party's establishment since previously the party's chairman, Erdoğan himself, was Istanbul mayor.

"He has done many things during his post, yet, what remains on people's minds most is his steps taken for the environment. He solved environmental problems such as air pollution," Karaslan said, stressing that this environmental approach was the basis for the AK Party to uphold green policies.

Touching on the AK Party's new practices and steps in line with its green policies, Karaaslan stated that the party, which already implements zero-waste projects, has been taking steps to ensure sustainability in this field. "When we started implementing the Zero Waste Project, we drafted a road map to ensure sustainability. For the first time in Turkey a political party's headquarters' carbon footprint was calculated, which enables us to understand how much our daily activities are harming the environment," Karaaslan said and added that the party reached its objective to reduce its negative impact.

"In order to achieve this, we have changed our habits in the headquarters and gave significant training to our personnel. We have established recycling centers and sorting units," Karaaslan stressed.

She said that following these steps, AK Party's headquarters was certified as the first climate-friendly organization not only among other political parties, but in Turkey by the Turkish Standards Institution. Karaaslan underscored that the zero-waste project is still being implemented in the building.

The Zero Waste Project was first inaugurated by first lady Emine Erdoğan. A project to promote recycling, zero waste was first applied in the presidential complex as well as at ministries and spread to municipalities across Turkey.

"The project has been essential since it both reduces the harm to the environment with successful waste management and also contributes to the country's economy," Karaaslan added.