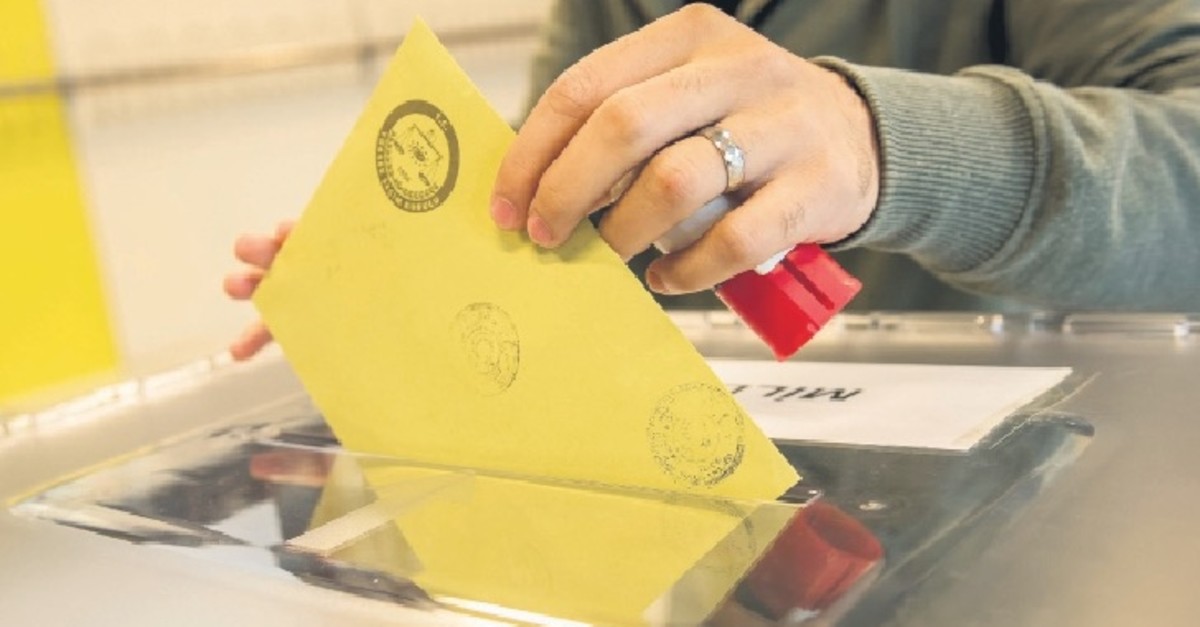 With Turkey only three weeks away from local elections scheduled for March 31, surveys indicate that there are still a significant percentage of undecided voters and voting penetration, it is believed, will remain below 80 percent – almost 10 percent less compared with the last local elections in 2014. In order to better evaluate the situation of undecided voters and people's intentions, Daily Sabah conducted an interview with the head of Optimar Research, Hilmi Daşdemir, this week. Daşdemir's team conducted the most conclusive surveys during the local elections and presidential elections in 2014 as well as for the general elections last year.

Speaking about the motivations behind this decrease, Daşdemir said that undecided voters still doubt candidates or alliances; this doubt especially overwhelmingly prevailed over the opposition alliance which is made up of the pro-PKK Peoples' Democratic Party (HDP), the main opposition Republican People's Party (CHP) and the far-right Good Party (İP).

The lack of common ground between these three parties in terms of political customs and ideology confuses the bloc's voter base. Thus, the alliance is perceived by the three party's supporters as a bogus agreement, which solely aims to win the election no matter what fair representation is maintained on behalf of their bases.

As an example of the issue, the CHP leader Kemal Kılıçdaroğlu made a statement during the week which was annoying not only for general voters but also for his own base. He asserted Turkey was not intimidated by the terror of the PKK-affiliated People's Protection Units (YPG) in northern Syria, so there should not be any concerns about the PKK and its offshoots and whether they will attack Turkey.

Unsurprisingly, quite a similar view is shared by HDP deputies, but not by all CHP voters or the İP, which leans on the nationalistic vote, are convinced by such statements.

Another reason that has propelled voter ambiguity over the opposition alliance is their confidence in whether they can tackle or fix Turkey's problems.

According to Optimar's latest survey, even 18.7 percent CHP voters agreed that the issues around the economy could only be fixed by the ruling Justice and Development Party (AK Party) out of 66.5 percent in the total electorate.

Interestingly, 7. 4 percent of voters among the İP also support the view that only the AK Party will be able to solve the issue, despite the fact that the economy is the leading topic discussed by the opposition every chance it gets against the alliance formed between the AK Party and the Nationalist Movement Party (MHP) known as the People's Alliance.

Supporting this finding, once we take a glance at the different leaders' popularity, we see a more visible picture. The leader of the CHP, Kemal Kılıçdaroğlu has 27.2 percent and Selahattin Demirtaş, the leader of HDP has a 13.8 percent record low popular votes in the polls.

In contrast, President Recep Tayyip Erdoağan has a steadfast 52 percent popularity, the percent is almost the same with the votes he received in the June 24 elections as well. So undecided votes seem like an unlikely issue for Erdoğan's leadership, since the opposition figures have been experiencing a continuous decline in their own popularity despite their consolidation against him.

In fact, the fate of undecided votes in the AK Party will likely be cast based on their own party terms but the opposition's won't. The intraparty conflict shown by both the CHP and İP which emerged during the long-running candidate determination process has been receiving new momentum daily when we get closer to the elections. Now, there is a new phase of clashes as a result of an intra-alliance divergence between the CHP and İP bases over nationalist votes. Even so, based on the survey findings, to be able to get the most probable distribution of undecided votes, we have to observe the last 10 days before the election. However, we should also state that there is strong evidence that proves that there are more undecided voters in the opposition alliance as compared to the People's Alliance today.