Women may take helm of Turkey's Uşak after March polls 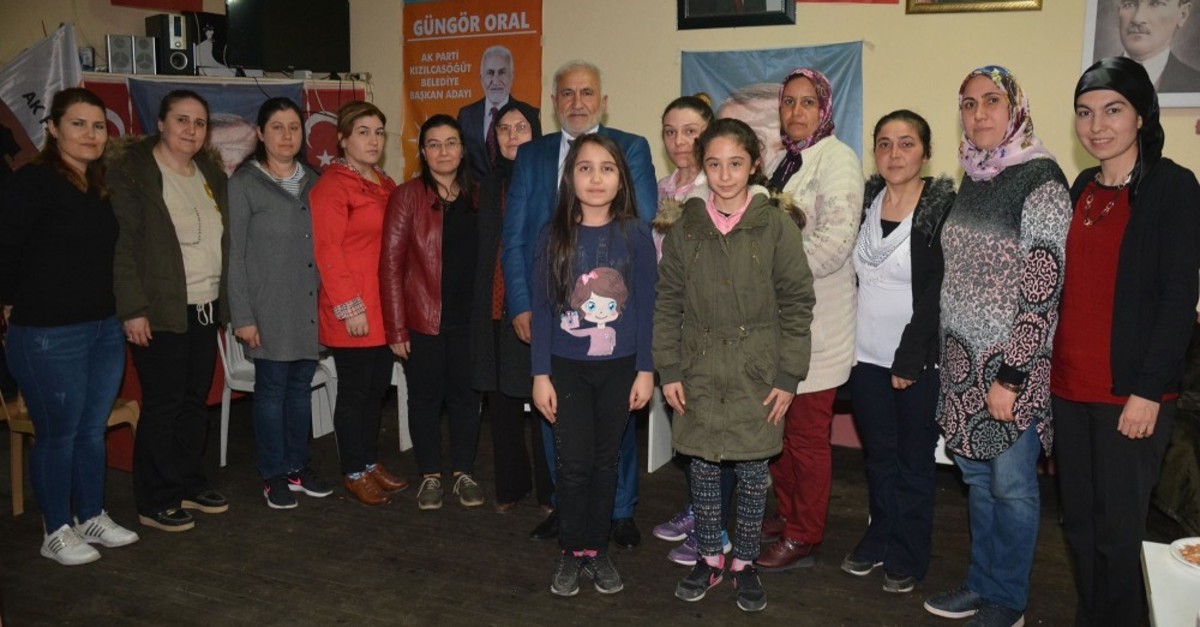 Turkey is on the brink of witnessing a first in the country's municipal history as a district in the Aegean province of Uşak is about to be run by an overwhelming majority of women if the mayoral candidates of the ruling Justice and Development Party (AK Party) win the upcoming local elections.

Güngör Oral, the AK Party's mayoral candidate for the Kızılcasöğüt district of Uşak, is ready for the March 31 polls with a list of municipal council candidates of 18 people, of whom 16 are women. This is a landmark in the country's history since if Oral wins the elections, the administration of the district will be dominated by women.

Speaking of his welcoming attitude toward women candidates, Oral said that half of the country's population consists of women and there are lots of Turkish women who are successful in sports, economy and industry. "This is why we had this initiative to put women in the forefront," Oral said.

He underlined that there was a negative reaction from the men in the district when the candidate lists were announced for the first time. Oral said that this kind of attitude should not discourage them. Oral said that despite this initial negative stance they have continued their election campaign and in time this welcoming approach toward women will also be appreciated by the locals.

"We want to see this movement [of showing women candidates] that we gave a start to in Kızılcasöğüt all around the country. We want at least half of our parliamentarians to be women," he said, adding that their next target is to have a woman mayor in Kızılcasöğüt.

"We will make our municipality a cleaner, more livable place," said Bersen Tümer, a pre-school teacher who is also one of the candidates for the municipal council.

Tümer's husband, Sümer Tümer said that the larger number of women candidates was a decision by the AK Party's local organization.

"If my wife is elected, I will have to be in charge of all the domestic work, including cooking, cleaning and taking care of the children. I support my wife all the way. Women should not be only in charge of domestic work. They should be able to make their own decisions," said Tümer, indicating that he wishes best for the people of Kızılcasöğüt.

Pınar Turhan, another municipal council candidate, thanked Oral for the opportunity he presented for the women. She underlined that their aim is to serve their district and pointed at some significant problems in the region such as the high number of cancer patients and added that the first thing they will do when they win the election is to change old pipes that have asbestos in them.

"We have started out this journey to have a strong future with strong women. We have to be successful in this journey," said Gülay Acar, a candidate for the municipal council. Mehmet Ali Temel, the husband of a member of the AK Party's local organization, on the other hand, said that they are proud of their own district for taking such an important initiative.