Election regulations to be renewed after tumultuous local polls 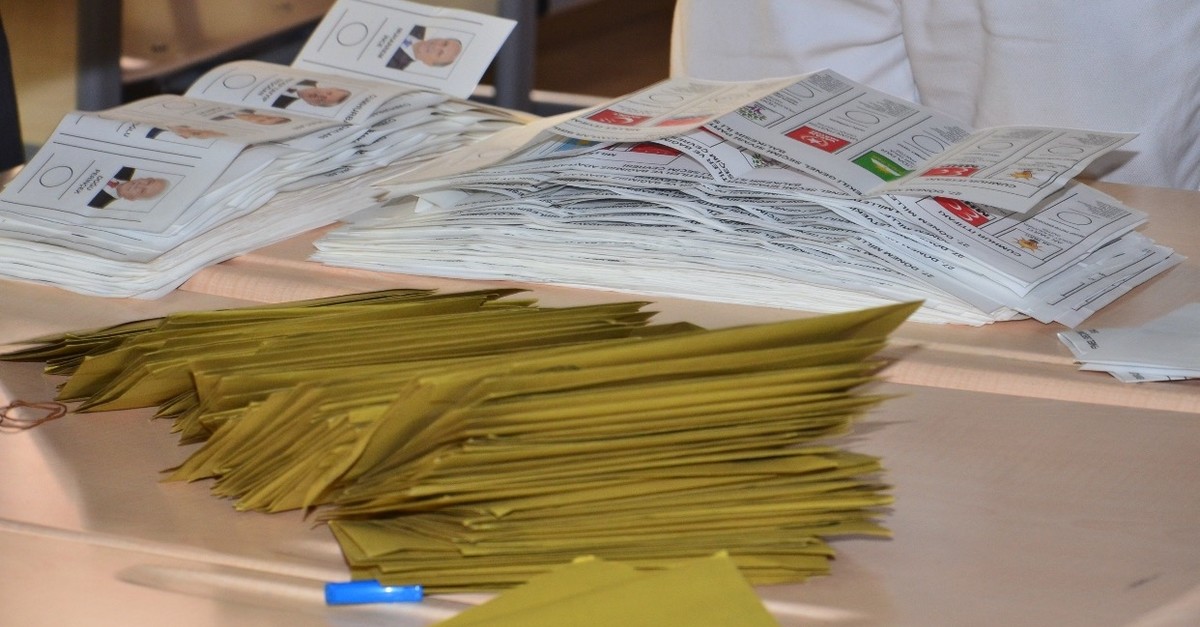 Millions of Turkish voters cast their votes on March 31 in local elections to choose mayors, city council members and other officials for the next five years.
by Daily Sabah Apr 24, 2019 12:14 am

New regulations have become a must to prevent any form of irregularities at future polls, as seen in the latest local elections

Turkey is getting ready to change some of its electoral regulations to prevent future irregularities like those that caused disputes and objections in the period after the recent local elections. Suffocated by disputes regarding the election results and the ongoing legal process, the ruling Justice and Development Party (AK Party) has started to work on new electoral regulations designed to take preemptive measures to overcome future irregularities. According to Türkiye daily, the main objective of these new regulations is to prevent any further changes in the electoral roll six months ahead of the elections.

The AK Party is trying to avoid voter movement because of the irregularities that emerged during local elections, especially in Istanbul where more than 200,000 people made changes in their registers and moved to other provinces of the country before the local polls to vote for their relatives or acquaintances.

Following the changes, the AK Party determined that most of the voters who moved to other provinces were actually part of its voter base, which urged the party to restrict the alterations in electoral roll. AK Party sources expressed that for a voter to change where he or she is registered only for the sake of voting for someone is not appropriate since that would mean they are not voting for the sake of the province where they actually receive services.

Another major change addresses the balloting committees, which led to widespread irregularities in the latest polls since about 20,000 committee members were not civil servants. Reiterating that the election calendar of the Supreme Election Council (YSK) lists the right for political parties to object to the balloting committees, the AK Party argues that since the lists of the committees are not being provided to the parties beforehand, it is not possible to object to the names that they do not know. Thus, the party is planning to facilitate political parties receiving the list of committee members before the polls so they can make objections to the YSK for suspicious names.

Following the local polls, the AK Party demanded that the YSK produce balloting committee lists from Istanbul to uncover suspicious members; however, the YSK rejected the party's demands and made the party examine the signatures on 31,280 reports one by one to produce a list of their own, which led the party to discover that 20,000 members were not actually civil servants and were illegally holding their positions as members.

The ruling party also plans to remove the principle of only one envelope per election, instead suggesting different envelopes for each voting session - municipal head, municipal council members, provincial council members and mukhtars - claiming that it is confusing for the electorate to put all the ballots in a single envelope.

The AK Party is also expected to suggest holding all elections at once since Turkish citizens have voted seven times in last five years, suggesting that it would be easier for both the electorate and politicians to have all the presidential, parliamentary and local elections at once.

Meanwhile, the legal process for the local poll results continues as the AK Party waits for its objections to be considered. Recep Özel, the party's representative at the YSK, expressed on Monday that the party has provided the top election body with a file that contains the most widely scoped documents so far, underlining that the party's evidence is "solid."

Speaking following a meeting in the YSK, Özel said he made a presentation to YSK members regarding their objections and following his presentation, the representatives of other parties used their right to respond to the claims.

As the objection process is still being evaluated by the YSK has started to come up with conclusions regarding certain issues. Yesterday, the board announced that it has rejected AK Party's demand to prevent electorates who were dismissed from their public duties via a decree law to vote.

The YSK had previously declared that it will not award the certificate of election to elected mayors who were previously dismissed by a decree issued during the state of emergency due to their affiliation with a terrorist group.

The decision came after Hüseyin Beyoğlu, Diyarbakır's Bağlar district candidate for the AK Party, pointed out relevant laws and decree laws saying that those dismissed or suspended by a decree law cannot serve as public officials in the future regardless of a lack of criminal conviction. Following Beyoğlu's statements, the AK Party filed the objection with the YSK.

Decree laws were a part of the state of emergency declared on July 20, 2016 following a deadly coup attempt by the Gülenist Terror Group (FETÖ). More than 130,000 public officials, many in positions in the government and the military, were dismissed or suspended from their positions on the grounds of suspected involvement in the coup bid, affiliation with a terrorist organization and for posing a continuous threat.

According to these decree laws, persons dismissed from public office directly or indirectly cannot assume public offices, cannot be readmitted to the institution they served and cannot be employed in public services, regardless of the presence of or lack of conviction.

Millions of Turkish voters cast their votes nationwide on March 31 in local elections to choose mayors, city council members and other officials for the next five years. The AK Party submitted extraordinary objections to the YSK following the polls to cancel and redo the municipal election in Istanbul and demanded the YSK not give the mandate to any candidate until the entire appeal process was completed. The AK Party's extraordinary objection concerned four categories: Irregularities in the vote count sheets, serious discrepancies between the number of registered voters and the number of voting ballots, some balloting committee chairmen and members not being government employees as required by law and the participation of ineligible voters in the polls.