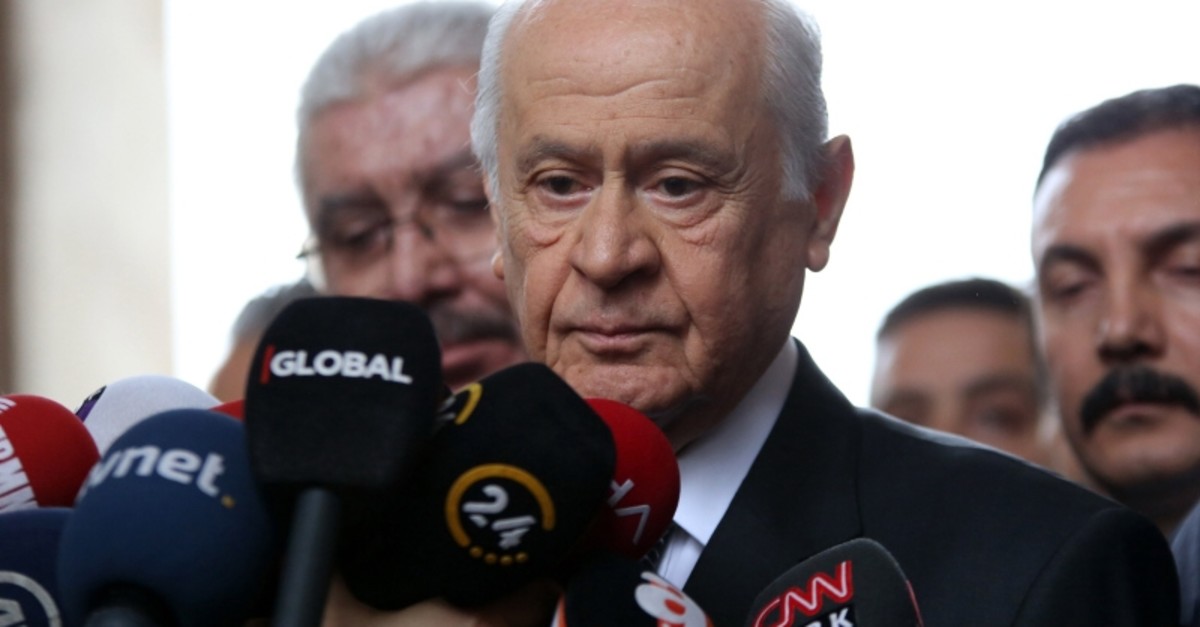 "As a party, we support the renewal of elections in Istanbul. We cannot remain silent in the demise of democracy," Bahçeli said.

Bahçeli noted that his party will respect the Supreme Election Council's (YSK) decision, which is expected to be announced soon.

Noting that the irregularities in Istanbul should not remain unaddressed, Bahçeli stressed that YSK has a historical responsibility to examine the suitcases of evidence submitted by the ruling Justice and Development Party (AK Party).

On March 31, millions of Turkish voters cast their ballots in the local elections to choose mayors, city council members, mukhtars (neighborhood officials) and members of elder councils. In Istanbul, the Nation Alliance and Republican People's Party (CHP) candidate Ekrem İmamoğlu was awarded the certificate of the election, with a lead of only 13,729 votes. The results were followed by lengthy discussions, objections and political parties demanded a do-over of the election due to irregularities.

Two weeks ago, the AK Party submitted an extraordinary objection to the YSK to cancel and redo the municipal election in Istanbul.