YSK decision part of legal, democratic process, all parties should respect it 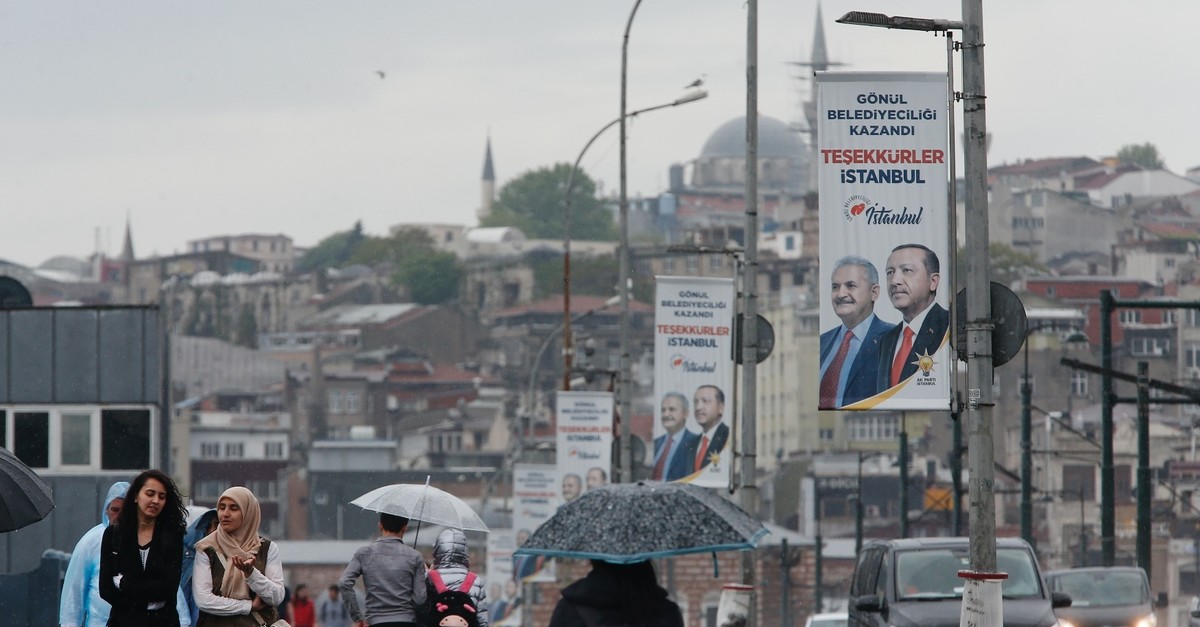 While the opposition slams the decision taken by the YSK, many political analysts described the decision as a part of a democratic legal process that everyone should respect

The Supreme Election Council's (YSK) decision to cancel and renew the municipal elections in Istanbul has triggered heated debates since it was announced as the opposition has slammed the decision, while the ruling Justice and Development Party (AK Party) and its alliance partner the Nationalist Movement Party (MHP) called on everyone to respect the legal ruling. According to experts, however, the decision must be treated as above any political and ideological conflicts since it was not the result of favoring one party over the other but instead it was the outcome of the democratic process and should be both acknowledged and respected by all parties regardless of their political affiliations.

"It is an abiding decision taken by the independent election body of state and everyone must respect this decision and act accordingly," said Yusuf Özkır, editorial coordinator of Kriter, a monthly that is published by the Foundation for Political, Economic and Social Research (SETA) think tank. "Turkey is a state of law. The alleged irregularities and unlawfulness had legitimate legal bases within the scope of law," said Özkır, adding that both the AK Party and the MHP had declared that they would respect the decision of YSK even if their demands were rejected. Recep Özel, the AK Party representative at the YSK, criticized the opposition saying: "The decision taken by the YSK is the renewal of elections. They did not give Ekrem İmamoğlu's mandate to Binali Yıldırım. Why all this panic, fuss, insult?"

Releasing a statement on Twitter, Özel said that the opposition Republican People's Party (CHP) Chairman Kemal Kılıçdaroğlu insulted YSK members and exposed them as targets, referring to the CHP chair's statements over the top election body.

Speaking at his party meeting on Tuesday, Kılıçdaroğlu described the YSK decision as a "frame" against democracy and blamed seven members of the YSK, who voted in favor of canceling the March 31 elections, of being "gang members" who work for the interests of the ruling party.

Faik Öztrak, the CHP spokesperson, also slammed the YSK decision during a press conference after the party meeting on Tuesday and said: "The national will that emerged from ballot boxes on March 31 was usurped on the table." Describing the decision as "a coup" and "the murder of law," Öztrak accused the YSK of ignoring the voters' preferences.

CHP's mayoral candidate Ekrem İmamoğlu, speaking late Monday following the announcement of the decision, condemned the YSK and called on his supporters to raise their voices.

Everyone should respect independent legal decision

Oğuzhan Bilgin, a political analyst, also commented on the decision and said that it was an independent legal decision. "If it was a partisan decision, the YSK would also cancel the elections in districts where the Nation Alliance lost," he added.

Devlet Bahçeli, the MHP chairman, yesterday called on everyone to respect the YSK's decision of a do-over election in Istanbul. Speaking at his party's parliamentary group meeting in the capital Ankara, Bahçeli said his party "surely" respects the decision of the YSK, adding: "We are waiting for everyone to pose the same attitude and same moral consistency." He said that the YSK registered the irregularity in the Istanbul election in the March 31 local elections. "All discussions are over. Everybody should respect the YSK's decision," Bahçeli added.

When we look at the alleged reasons in the petition submitted by the AK Party, there were very serious irregularities, said Özkır.

Bilgin also shares similar opinions with Özkır with respect to irregularities and underlined that thousands of people who were not civil servants took roles in balloting committees, violating election laws.

Özkır commenting on the decision said that March 31 elections in Istanbul had disturbed the public conscience and the YSK will eliminate doubts via this decision. "The decision provides an opportunity for both the ruling party and the opposition. Every party now has the chance to gain a clear victory without doubts," he added.

Bilgin, providing a different perspective about the canceled elections, and said that the loss of a municipal election in one city was not an important loss for the AK Party in the long-term. "It could be better for renewal of the party and the image of Turkish democracy in the international community. However, there were serious illegalities that could not be ignored," said Bilgin.

He also stressed the importance of upcoming elections on June 23 and said that it will be a very important election that now represents more than a municipal election. "The renewed elections will shape the future of Turkey. Ekrem İmamoğlu may emerge as a potential candidate for the next presidential elections even if he loses the elections on June 23," commented Bilgin.

"The recent elections revealed that both the AK Party and the MHP had a problem reaching the young population in cities. Both parties saw this problem, and they will try to overcome it," he further said.

It is also reported that the main opposition CHP yesterday submitted a request to the YSK to cancel last year's presidential and parliamentary elections as well as the March 31 local polls across all Istanbul districts. The request was made by CHP Deputy Chairman Muharrem Erkek and comes in the wake of the YSK's decision to cancel and renew the March 31 metropolitan municipal elections over irregularities.